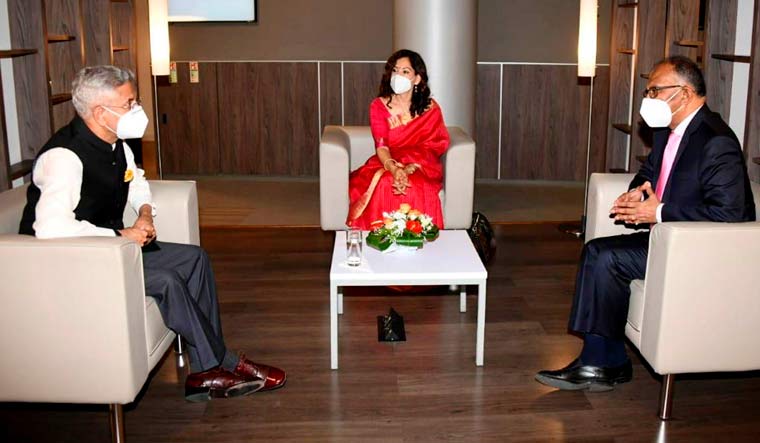 India has signed the Comprehensive Economic Cooperation and Partnership Agreement (CECPA) with Mauritius on Monday. The first trade agreement India has signed with an African country, this is a major step forward.

“It will provide a timely boost for the revival of our post-Covid economies and also enable Indian investors to use Mauritius as a launch-pad for business expansion into continental Africa helping the prospect of Mauritius emerging as a ‘hub of Africa’,’’ said External Affairs Minister S. Jaishankar on a visit to the country.

At a time when Sri Lanka seems to be settling into the warmth of the Chinese embrace, India has stepped up its wooing effort especially in the region. Forging closer economic relations with other countries—especially in the Indian Ocean—is the obvious way head. The CECPA, which is the first trade agreement India has had in the region, provides “preferential access” to Mauritius for bulk of the trade. It will also, as Jaishankar put it, allow Mauritius companies a space to trade “many aspirational items for the future into the Indian market of over a billion people.’’

Mauritius is an essential part of India’s reach out in the Indian Ocean region. In 2016, India gave 353 million dollars to Mauritius. The new Supreme Court building project is one of the five projects being implemented under this package and was jointly inaugurated by Prime Minister Narendra Modi and the Prime Minister of Mauritius, Pravind Jugnauth in July 2020. But beyond special assistance, according to trade figure, India was a major import partner with Mauritius. The bilateral trade between India and Mauritius went up by 233 per cent from 206.76 million dollars in 2005 to  USD 690.02 million dollars in 2019.

The CECPA will boost this dynamic. “Comprehensive Economic Cooperation and Partnership Agreement is 1st of its kind, signed by India with an African country. It's far-reaching and should unleash new and expanded opportunities in trade, goods and services, investment, economic cooperation and technical assistance,” Jugnauth has been quoted by news agencies as saying. “As India seeks to step her vast and multilayered cooperation with African continent, for next edition of India-Africa forum Mauritius aspires to play greater role in these engagements as a gateway between India and Africa,’’ he said.

India has also offered Mauritius a line of credit of 100 million dollars to facilitate procurement of defence assets. India will also be providing a Dornier aircraft and an Advanced Light Helicopter Dhruv on lease to Mauritius on gratis basis for two years, to help the country “shore up its capabilities to patrol and monitor its extensive maritime domain more effectively,’’ Jaishankar said in his speech. Jaishankar’s visit to Mauritius comes after his visit to Maldives. The minister handed over COVID-19 vaccine doses to both countries as part of India’s vaccine diplomacy.