This would be 3rd time in less than 6 months that Dorsey, Zuckerberg would testify 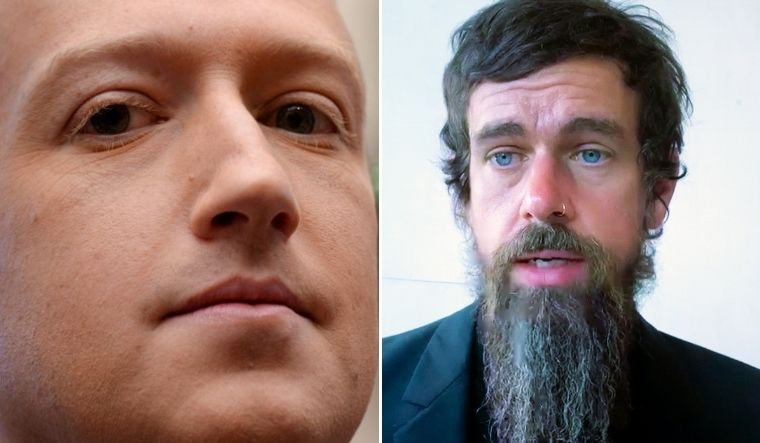 Facebook CEO Mark Zuckerberg and his Twitter counterpart Jack Dorsey are in talks with House of Representatives lawmakers to testify at a hearing as early as March.

Facebook has discussed making Zuckerberg available to appear before the House Energy and Commerce Committee, according to two people, Politico reported. Twitter is also in similar discussions. Committee leaders are scrutinising the platforms' handling of coronavirus misinformation and violent content in the wake of the Capitol riot.

While the exact focus of the hearing is not yet clear, according to the report, the appearance of the Facebook and Twitter CEOs could be contingent on them testifying jointly alongside Sundar Pichai, chief executive of Google and its parent company, Alphabet.

A firm date has not yet been set for the session, but it could come as early as March, the report said.

The line-up for the hearing may also be in flux. The panel and companies have discussed having Twitter legal chief Vijaya Gadde and YouTube CEO Susan Wojcicki testify alongside Zuckerberg, with Gadde potentially appearing in Dorsey's stead.

If the hearing happens, this would be the third time in less than six months that Dorsey and Zuckerberg have testified before Congress.

Lawmakers have been taking the tech companies to task for issues ranging from potential antitrust violations to the way social media companies handle misleading content.

Zuckerberg and Dorsey appeared alongside Pichai before the Senate Commerce Committee in October to testify about an online liability shield, known as Section 230, that lawmakers have blamed for a litany of alleged bad behavior by the tech industry. The Senate Judiciary Committee summoned Zuckerberg and Dorsey again in November to rebut Republicans’ accusations that the companies censor conservative content.