‘We took progressive steps, chose to spend on infrastructure’: Sitharaman

She highlighted the schemes announced in her budget speech earlier today 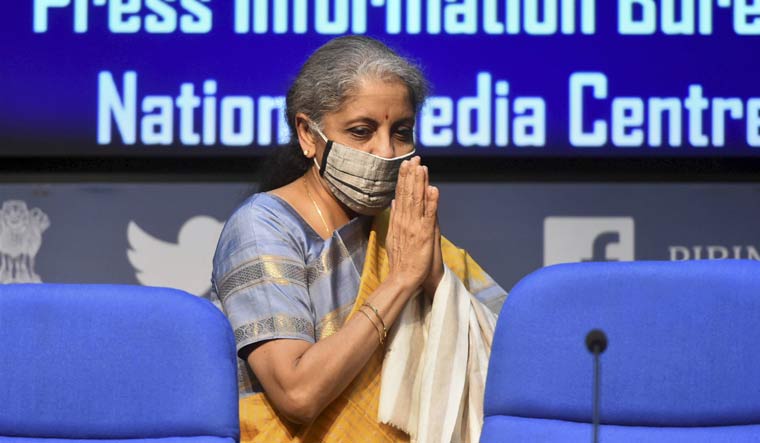 Finance Minister Nirmala Sitharaman on Monday followed up the presentation of the Union Budget 2021-22 with a press conference, highlighting the schemes and proposals that are expected to help the recovery of the economy which has been battered by the COVID-19 pandemic.

“This budget comes at a time when all of us decided to give greater impetus to the economy. We have taken progressive steps in financial sector. Everything is transparent,” Sitharaman said.

Sitharaman highlighted significant changes to the income tax process, announcing that income tax for senior citizens will be scrapped, new rules for removal of double taxation for NRIs will be introduced, and a reduction in the time period of tax assessments among a slew of other measures.

In her address to the media, Sitharaman reiterated the provisions and announcements made in the budget earlier in the day.

“We chose to spend big on infrastructure and also to attend to the need of health sector,” she said.

Adding that the accounting of government expenditure and revenue statements are now a lot more transparent and open, Sitharaman said, “Our fiscal deficit which started at 3.5 per cent during Feb 2020 has increased to 9.5 per cent of GDP. So we have spent, we have spent and we have spent. At the same time, we have given a clear glide path for deficit management.”

“Not only are we spending more, we ensured the spending does not get delayed,” the finance minister added.

“We have also given opportunity to private sector for setting up Development Finance Institution (DFI).

The FM highlighted that disinvestment will continue in the financial sector and LIC will have IPO, with the insurance sector set to have more FDI.

Speaking about the new farm laws, against which farmers across the country are protesting, Sitharaman said that dialogue between farmer unions and the government is the way forward.

“The government is and has always been open to dialogue with farmers. The agriculture minister has been ready to have a clause-by-clause discussion with farmers on the farm laws. Hence we believe that dialogue is the way forward,” she said.

The finance minister also rebuked Congress leader Rahul Gandhi for his tweet on his ‘budget wishlist’.

“He repeats the same once in 15 days. This budget speaks for itself,” Sitharaman said.