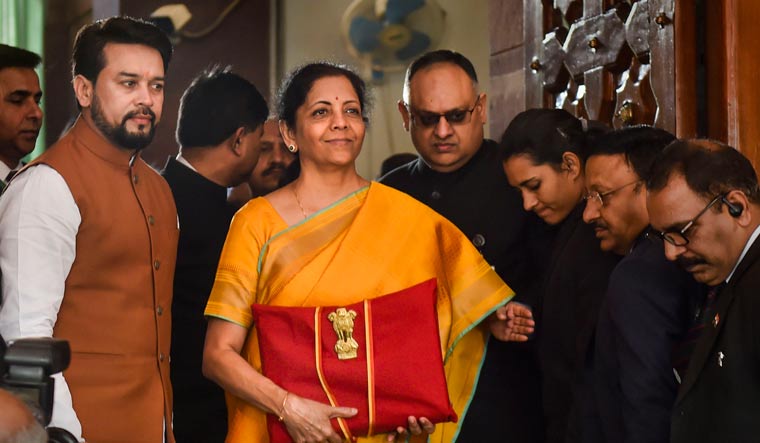 Ahead of the unveiling of the Union budget, Finance minister Nirmala Sitharaman piqued curiosity by quipping that this will be a budget “like never before.” Last month, she said, “In 100 years, India wouldn’t have seen a budget like this.” This, coupled with the fact that it’s been a year where so much has changed, has set tongues wagging—would there be a lot of out-of-the-box measures popping up on budget day February 1?

While anything being put forth right now would at best be in the realm of speculation, there are some steps which, general consensus would have, are a surety. Yes, Sitharaman & Co. will have to look at multifarious ways to raise capital, including measures to attract foreign investment and major disinvestment targets to be set up, especially in the banking, financial and insurance sector. And yes, infrastructure spending would be especially a thrust area this time.

While a host of WhatsApp forwards and speculative rumours start swirling every year around Budget time, this year, there is an added urgency. The finance minister’s proclamations, the participative nature this time around (the public, lobby groups and various organisations—including political parties—were invited to send in their suggestions on the MyGov portal) all hint at a ‘new normal’ when it comes to the budget also.

With digital taking over our lives like never before post the pandemic, it seems but foregone that there would be a slew of measures to the new found realities of life. Like work from home, for instance. Tax relief for employees doing WFH was a suggestion from consulting major PwC to boost consumption. Regulating the digital arena, now with its overarching influence on modern day lives, is also something the government would be getting down to, through the budget or otherwise.

The Data Protection Bill (on privacy and data storage) and the e-commerce policy for better regulating online marketplaces would be the primary modes, but the budget could also focus on the internet. Regulatory norms for cryptocurrency, as well as fintech apps, beside measures to boost digital payments and upcoming UE (Umbrella Entities) could also be possible.

Two significant points have gained significant traction this time—the question of taxing assets of Indians abroad as well as the delicate matter of inheritance tax. Both are sensitive, and governments in the past have mulled over this, but not dared to take a stand. Modi’s immense popularity, and the freedom the acute economic situation caused by the pandemic affords him to try unpopular measures makes this year different. Not to forget that the man loves tinkering with economic reforms—remember demonetisation and GST?

“There could be surprises. (There is a) lot of chats and murmurs on inheritance tax and trust Act,” points our economist and former chairman of the Bombay Stock Exchange Sethurathnam Ravi.

While inheritance tax is something commonplace in countries like the US, in India, it could be a sensitive issue, considering our family and joint family set-ups and the whole social construct of earning and passing on your wealth to the next generation. Modi’s possible way out? Applying the solution only beyond a certain (high value) cut-off mark. This could even work out to be more effective than the much talked about cess/tax on the super rich.

Taxing Indians’ wealth abroad could be another step. “The US does it, (and it could be timely) with a lot of Indians moving out of the country,” argues Ravi. Of course, whether the country’s tax and enforcement departments have the resources to determine what the actual wealth holdings of Indians abroad are is a point. “The chance of misuse by implementers is also huge,” he surmises.

Legalising sports betting is another out-of-the-box measure being talked about, considering the massive mainstreaming of fantasy sports in the country in the past few months. “I know this has a social repercussion, (but) the revenue that this can generate for the coffers of the government will be really very high,” says business coach Gaurav Bhagat. “There already are existing underground channels which exist for sports betting and legalising it will help in generating an amazing revenue for the exchequer.” Despite several state governments banning fantasy sports, the Centre had stepped in with regulatory measures recently, making it amply evident that it is not in favour of any bans.

For all these ‘out there’ suggestions, most middle-class Indians would be rather happy if the one suggestion that has been 'in the box' all these years is finally implemented—the raising of income tax slabs and doing away with tax up to a higher bracket. Last year’s budget gave tax payers two options to choose from. Many would hope that was just a teaser to the real thing this time.