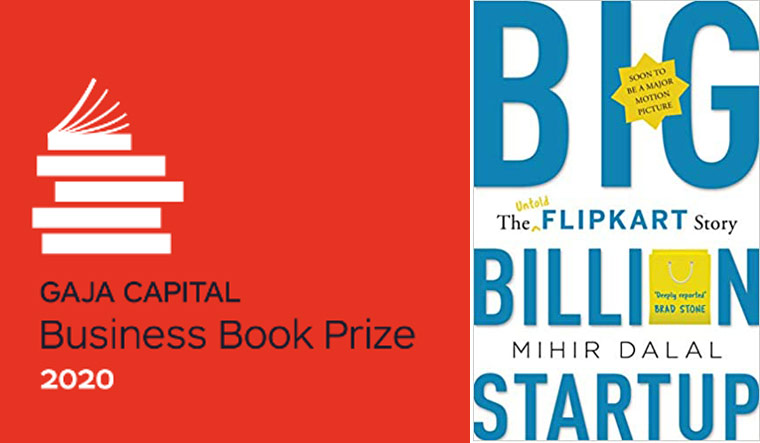 There is hope. The economy may be in the doldrums but those who write about business have hope and the chance to win India’s newest publishing award (and one with the most prize money). The Gaja Capital Business Book prize was won by Mihir Dalal for Big Billion Startup: The Untold Flipkart Story.

The award carries Rs 15 lakh in prize money, the biggest amount for business books. Instituted last year, the Gaja Capital Business Award has a mission to encourage the stories of Indian entrepreneurship to be told. At a time when the Indian growth story is far from rosy, it is these stories that will hope to inspire.

On the book and the author, Gaja Capital write, "Mihir Dalal, a business journalist with the Mint offers a meticulously researched story in his debut book Big Billion Startup – The Untold Flipkart Story. The book chronicles the journey of India's online retailer Flipkart—its many setbacks, escapes from near-death, and its long list of people who, along with the founders, played a key role in its meteoric rise."

"Dalal also takes us behind the scenes on the, often tense, relationship between investors and founders. This is the story of India's biggest start-up sensation and the book doesn’t disappoint; capturing the highs and lows and intricate details of this remarkable journey."

Dalal beat five other books to win the award. The other books shortlisted were Bottle of Lies by Katherine Eban; HDFC Bank 2.0 by Tamal Bandyopadhyay; Saying No to Jugaad: The Making of Bigbasket by TN Hari and MS Subramanian; The Making of Hero by Sunil Munjal and The Moonshot Game by Rahul Chandra.