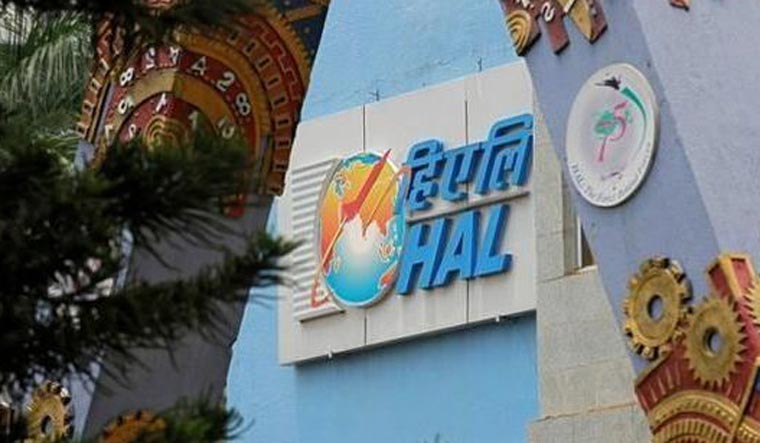 On track to meet its target of a Rs one lakh crore order book by the end of FY21, Hindustan Aeronautics Limited (HAL) saw its stock price surge by nearly 14 per cent on Thursday before closing 9.48 per cent higher than the previous day, its largest gains since August 2020, after the Cabinet Committee on Security (CCS) finally cleared its order for 83 Light Combat Aircraft (LCA) Tejas including 73 Mk-1A jets and 10 trainer jets in a deal worth Rs 48,000 crore.

As of March 31, 2020, HAL had an order book of Rs 52,965 according to its FY20 annual report. In August, Chairman R. Madhavan told CNBC that the company was confident of doubling its order book to Rs 1 lakh crore by the end of FY21.

HAL’s turnover the previous fiscal was Rs 21,218 crore, an increase of 7 per cent from the previous year. In 2020, Finance Minsiter Nirmala Sitharaman unveiled a host of reforms to boost the indigenous defence industry, including increasing the FDI limit from 49 per cent to 74 per cent under the automatic route and generating a year-wise negative list of weapons which won't be imported.

As India’s premium state-owned aerospace company, HAL represents India’s biggest hope yet in carving out a presence in the military aviation sector, which has long relied on billions of dollars worth of imports from foreign suppliers.

The deal, the maiden purchase of the “combat-ready” version of the Tejas, was called a “game changer for self reliance in the Indian defence manufacturing sector” by Defence Minister Rajnath Singh. Prime Minister Narendra Modi chaired the meeting where the decision to sign off on the deal for the 4.5 generation aircraft.

"Tejas program follows the system integrator model and has created a national aerospace ecosystem with the participation of approximately 560 companies from large to SMEs which encompass all the facets of aircraft design and manufacturing," Madhavan said, PTI reported.

He said according to estimates the Tejas programme will generate direct employment to 5,000 people across the country.

"Till date the Tejas programme is estimated to have produced 50,000 primary and secondary jobs across the nation. For the first time in the nation's aerospace history LCA-programme enabled partnership with Indian private players to manufacture aircraft fuselage and wings," he said.

The Tejas Mk-1A will be equipped with active electronically scanned array radar, beyond visual range missile, electronic warfare suite and air-to-air refuelling and would be a potent platform to meet the operational requirements of the IAF, officials said.

While the IAF has anticipated the Mk-1A for a long time, it is the MK-2 Tejas that promises to be a game changer for the service’s ageing fleet, as the IAF hopes to induct over 200 of these, eyeing a total of 324 Tejas aircraft in the future.

The Mk-2 promises several improvements over the Mk-1A: it will be a medium-weight fighter with a higher maximum take-off weight and capabilities similar to that of the deep-strike Mirage aircraft, which will be retired by the time the Mk-2 is inducted by the late 2020s.

The government of India maintains a 75 per cent stake in HAL, after selling off a 15 per cent in August last year through an Offer for Sale (OFS), raising Rs 4,930 crore.