Facebook's Zuckerberg is all praises for UPI during interaction with Ambani 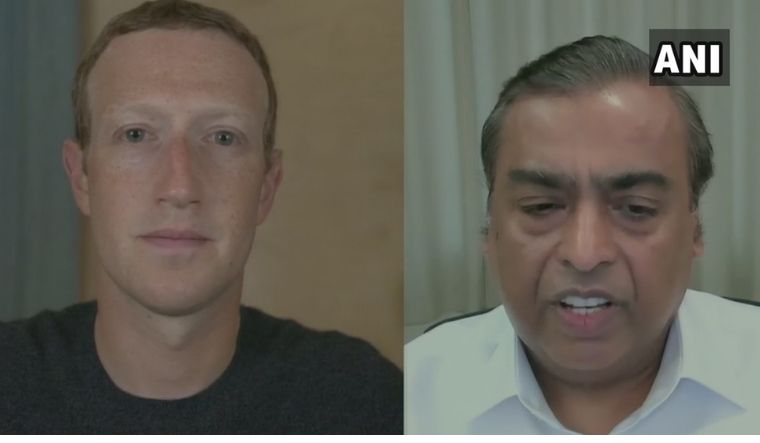 Facebook cofounder and CEO Mark Zuckerberg showered praises on India's digital story as he virtually interacted with Reliance Industries Chairman Mukesh Ambani at the internet major's Fuel for India 2020 event on Tuesday. "We launched WhatsApp Pay in India last month. This was possible because of the UPI system and the 140 banks that made it easy. India is the first country to do anything like this," Zuckerberg told Ambani during 'Partnering for Digital India' discussion at the event.

Zuckerberg also did not forget to laud PM Narendra Modi’s Digital India Mission that he said "has opened up a lot of opportunities." "Many of Facebook's products are first tested in India before we roll it out to the rest of the world. What happens in India is important for everyone. It shapes the global discussion on how technologies can drive more economic opportunities," Zuckerberg said.

Speaking about the COVID pandemic, Ambani observed that India recovered quickly from the initial shock brought in by the pandemic. "The magnitude of the pandemic did startle all of us in India. But I think it's not in India’s DNA to be deterred by a crisis. A crisis is an opportunity for new growth. India faced COVID-19 crisis with enormous resilience and resolve," Ambani said.

The ‘Fuel for India 2020’ event saw both Zuckerberg and Ambani engage in a conversation around opportunities in India, the way digital can accelerate economic progress, and how small businesses will be a key part of the global recovery going forward.

Ambani waxed eloquent on the three basic tenets he learned from his father. "One is, for entrepreneurs, it is important to have courage and self-belief. The second piece is that, while you succeed, it is important to always have empathy and creativity in everything you do. And the final thing is the importance of relationship, trust and loyalty."

In April this year, Facebook had announced an investment of $5.7 billion (Rs 43,574 crore) in Jio Platforms, the digital services arm of India's most valuable company.

"One of the big opportunities that I see with the Facebook-Jio partnership is the role that we can play together in supporting the millions of small businesses in India, especially now with the impact that COVID is having, in accelerating the move of businesses from physical storefronts to digital ones in this digital future," Zuckerberg said.

Ambani explained that one of the most-talked about partnership this year is indeed a wealth creation platform for customers and small businesses. "Jio brings digital connectivity, WhatsApp now with WhatsApp Pay brings digital interactivity, and the ability to move to close transactions and create value, and Jio Mart brings the unmatched online and offline retail opportunity, that gives our small shops which exist in villages and small towns in India, a chance to digitize and be at par with anybody else in the world," he said.