GDP contraction likely to have narrowed to 9.5% in September quarter: Icra

Economy recovers from the lows of the pandemic-induced lockdown 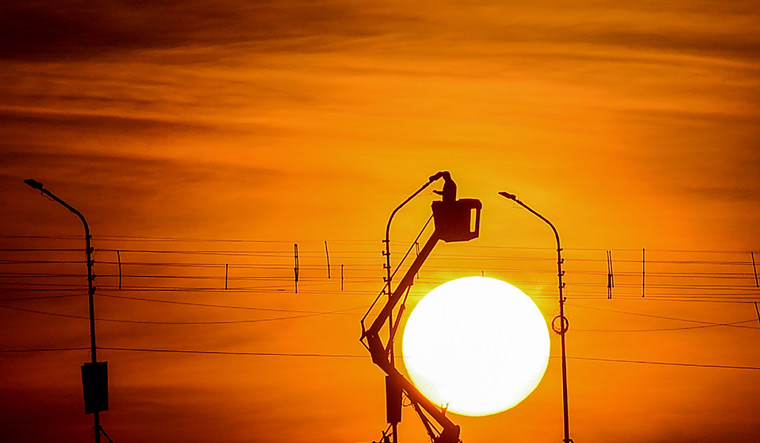 The contraction in the country's Gross Domestic Product (GDP) may have narrowed to 9.5% in the second quarter of the current fiscal from 23.9 per cent in the April-June quarter, says a report. The Central Statistics Office (CSO) will release the GDP data for the second quarter of FY21 on November 27.

In a report on Thursday, rating agency Icra said the year-on-year (YoY) contraction in Indian GDP (at constant 2011-12 prices) is estimated to have narrowed appreciably to 9.5 per cent in Q2 FY2021 from 23.9 per cent in Q1 FY2021, as the economy recovered from the lows of the pandemic-induced lockdown.

It said the contraction in the Gross Value Added (GVA) at basic prices is expected to have moderated considerably to 8.5 per cent in the July-September quarter from 22.8 per cent in the previous three months.

Icra's principal economist Aditi Nayar said a substantial recovery in manufacturing and construction is likely to underpin the expected improvement in the performance of the industrial GVA in the second quarter of the current fiscal.

Various sectors of manufacturing recorded an improvement in demand and volumes in the September quarter although the performance was admittedly uneven.

In addition to the continued cost-cutting measures, the availability of raw material inventory that had been procured previously at subdued costs, supported the earnings of the manufacturing entities in the just-concluded quarter relative to Q1 FY2021.

Nayar said the contraction in manufacturing GVA is expected to narrow considerably to around 10 per cent in Q2 FY2021 from 39.3 per cent in Q1 FY2021.

"Nevertheless, the extent of the recovery in the performance of the informal sectors in Q2 FY2021 remains unclear, and we caution that trends in the same may not get fully reflected in the GDP data, given the lack of adequate proxies to evaluate the less formal sectors," she said.

Icra expects the contraction in construction GVA to narrow to around 12 per cent in the second quarter from the sharp 50.3 per cent in the first quarter of the current fiscal.

It said the contraction in the GVA of trade, hotels, transport, communication and services related to broadcasting is estimated to have narrowed appreciably to nearly 25 per cent in the second quarter of FY21 from 47 per cent in the April-June quarter.

The rating agency also said the healthy pace of expansion of the government''s spending in Q1 FY2021 had prevented an even sharper fall in the GDP in the lockdown quarter.

With the expenditure management measures that have been put in place, the momentum reversed in Q2 FY2021, despite the fiscal stimulus that has been announced so far, it said.

"We fear that the shrinkage in government spending may have capped the pace of the economic recovery in Q2 FY2021," Nayar said.

She expects the GVA growth of agriculture, forestry and fishing to be at 3 per cent in Q2 FY2021, driven by the healthy kharif harvest.