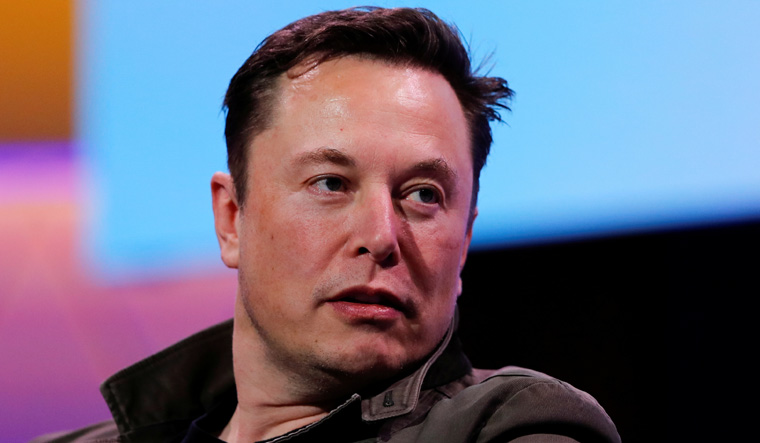 In a move that underscores Elon Musk-led SpaceX's India investment plans, the company has written to the Telecom Regulatory Authority of India (Trai) urging to facilitate approvals to use satellite technology for internet access in remote areas, a Medianama report said on Tuesday. “While existing telecommunications networks have performed well to meet [internet access] needs in many areas, billions that live in the most rural and remote areas, and even those in urban environments, remain on the wrong side of the digital divide. Powerful next-generation satellite systems flying today that can reach all corners of the country with high-speed, affordable service are critical to bridging this gap,” Patricia Cooper, Vice President, Satellite Government Affairs at SpaceX, said in a filing with the Trai.

Cooper's comments were in response to a TRAI consultation on enhancing broadband access and penetration in India. The letter comes in the backdrop of SpaceX public beta testing of Starlink, the company’s upcoming satellite internet service. A constellation of over 4,400 satellites providing internet access at tens of megabits per second at reasonably low latency, SpaceX opened the Starlink public beta last month.

In response to a Trai question on why fixed broadband speeds were so low in India, SpaceX said that policies discouraging the participation of high speed satellite internet technologies like Starlink’s in broadband deployment played a role in driving up costs of fixed line broadband and making speeds slower. “Terrestrial fixed wired and wireless technologies have brought economic and social advancement across India, but come with an inherent infrastructure expense based on a cost per kilometer that is difficult to scale while maintaining affordable prices for end users when connecting remote or rural communities,” SpaceX said, adding that satellite broadband would reduce cost-per-kilometre in rural areas.

Among other suggestions, the company also urged the India government to look into issues such as technology-agnostic broadband speed standards, allow blanket licensing, assigning ka-band frequency to service providers and allowing spectrum sharing between private players.

Starlink is the latest innovation that has got the attention of techies and experts around the world. With the broadband satellite internet service, Musk's space company pushes to offer fast internet speeds to rural customers with limited options with the help of more than 800 satellites that SpaceX has launched.

The service is being offered to test users in the US for $99 a month, plus $499 for a setup kit, it was reported last month.

The Starlink Beta program comes as rivals like OneWeb, the collapsed satellite operator rescued by the British government, India's Bharti Group and Jeff Bezos' Amazon set out to offer their own broadband satellite networks. In India, Bharti Airtel has plans to offer high speed satellite internet by 2022 using OneWeb’s LEO constellation of internet satellites and is in talks with ISRO to build cost effective access terminals.

"Expect to see data speeds vary from 50Mb/s to 150Mb/s and latency from 20ms to 40ms over the next several months as we enhance the Starlink system," a Starlink email to users inviting for the beta test said. "There will also be brief periods of no connectivity at all," the email added.

According to various online portals quoting testimonies of users Starlink beta testers, users are suffering from brief periods of no connectivity to some extent. But Starlink's overall performance has wowed beta testers, many of whom previously had no access to modern broadband speeds, they say. The satellite-internet service gives users rapid speeds reaching 175 Mbps even in high-speed winds, deep snow, and freezing temperatures.

However, Starlink speeds and reliability should improve in the coming months as SpaceX launches more satellites and tinkers with the network. "As we launch more satellites, install more ground stations, and improve our networking software, data speed, latency, and uptime will improve dramatically. For latency, we expect to achieve 16ms to 19ms by summer 2021," SpaceX told users in beta-invitation emails.