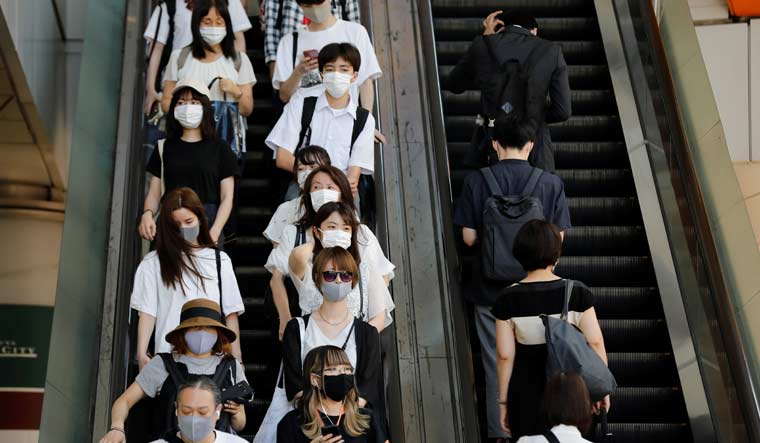 Growing at the fastest pace on record in the third quarter, Japan's economy rebounding sharply from its biggest postwar slump and exited recession. Improved exports and consumption helped the country emerge from the damage caused by the coronavirus pandemic.

The Japanese economy grew a better-than-expected 5.0 per cent in the third quarter, government data showed on Monday, following a record contraction. The positive figures come after three quarters of contraction in the world's third-largest economy, with revised data showing the economy shrank 8.2 per cent in Q2, more than the previously estimated 7.9 per cent.

However, analysts painted the sharp bounceback as a one-off from the depths of recession, and cautioned that any further rebound in the economy will be moderate as a resurgence in infections at home and abroad clouds the outlook, Reuters reported.

The world’s third-largest economy expanded an annualised 21.4 per cent in July-September, beating a median market forecast for an 18.9 per cent gain and marking the first increase in four quarters. It was the biggest increase since comparable data became available in 1980 and followed a 28.8 per cent plunge in the second quarter, when consumption took a hit from lock-down measures to prevent the spread of the virus.

The Q3 growth will be welcome news for Japan's government, which has avoided the tough lockdown measures seen in some other countries as it tries to balance preventing the spread of coronavirus with protecting the economy.