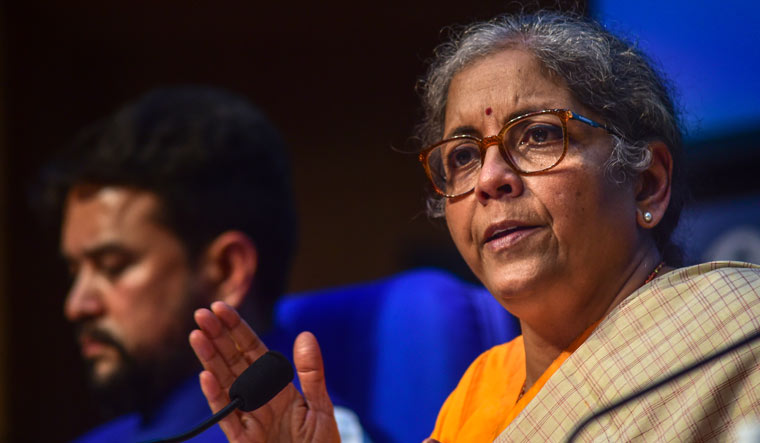 The CPI(M) on Friday said the latest stimulus package announced by Finance Minister Nirmala Sitharaman did not amount to any significant hike in the government’s expenditure and was merely a gimmick for “headline management”.

“Yet another ‘stimulus’ package has been announced by the Central government without any significant hikes in government expenditures or direct cash transfers to the people. The Central government boasts of a total of 15 per cent GDP constituting the stimulus, combined with the earlier three announcements. The reality is that the sum total of direct extra governmental expenditures is, by liberal estimates, Rs 3,72,295 crore or a mere 1.9 per cent of the GDP,” the CPI(M) said in a party statement.

“This is a measly stimulus compared to other major economies in the world, which have provided 10 to 15 per cent of their GDP,” it said.

CPI(M) general secretary Sitaram Yechury said in a tweet that the latest announcement was a gimmick.

“Yet another gimmick... This latest announcement is designed more for 'headlines management' in the face of RBI's severe indictment that Indian economy is in deep recession,” he said.

The Left party also claimed that the announcements of increases in governmental expenditures were in fact allocations.

“They can be offset by reductions under other heads of the budget, thereby reducing even this liberal estimate of 1.9 per cent of GDP. The finance minister must tell the country what is the amount being spent by the government over and above the budgetary estimates of expenditures, only then the real picture will emerge. Coming a day after the RBI’s severe indictment that the Indian economy is in deep recession for the first time in history, this announcement fails to constitute a blueprint for economic revival,” the statement said.

Yechury said the recently announced package along with the previous three, is for credit facilitation “hoping that this will increase investments, generate jobs and revive the economy.”

“But this can never happen as what is produced by such investments needs to be sold and the Indian market is shrinking as people have less and less purchasing power,” it said.

The CPI(M) also said that the economy can only be revived through a massive hike in public investments to build much-needed infrastructure, generate jobs and boost domestic demand.

“The government’s stimulus packages meet the needs of foreign and domestic capital to maximise profits but cannot revive the economy. People’s miseries will continue to mount further with escalating unemployment, hunger and price rise leading to growing poverty and deprivation. The Polit Bureau of the CPI(M) reiterates that direct cash transfers and distribution of free food is immediately required both on humanitarian grounds and to give purchasing power to the people. This is the only way demand in the economy can rise, leading to the beginning of any economic revival,” the party added.