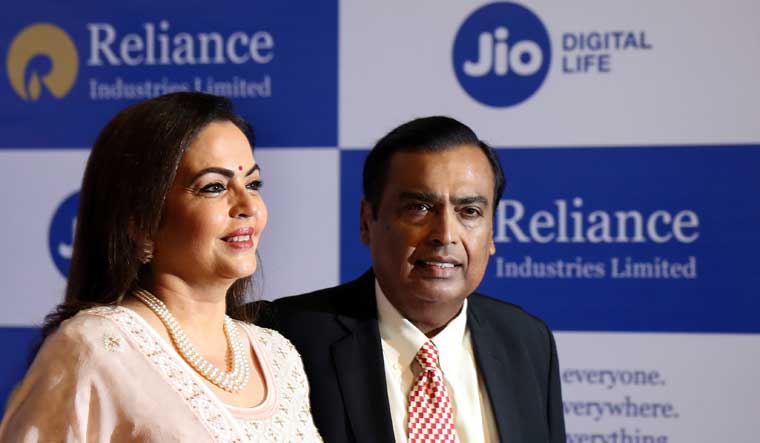 Reliance Industries on Friday reported a 15 per cent year-on-year drop in consolidated net profit for the July-September quarter as the COVID-19 pandemic hit its key petrochemicals and oil refining businesses. In the second quarter, its consolidated net profit stood at Rs 9,567 crore, compared with Rs 11,262 crore in the year ago quarter.

“The outbreak of corona virus pandemic globally and in India is causing significant disturbance and slowdown of economic activity. The group’s operations and revenue during the quarter were impacted due to COVID-19,” the company said late on Friday.

The major impact was seen in RIL’s petrochemicals and oil refining businesses. While, petchem revenue was down 23 per cent from a year ago to Rs 29,665 crore, refining revenue fell 36 per cent to Rs 62,154 crore.

This decline was partially offset by its telecom unit Jio; digital services revenue rose 36 per cent from a year ago to Rs 22,679 crore. Retail revenue declined 5 per cent year-on-year to Rs 39,199 crore.

Much of India’s businesses were hugely impacted in the April-June quarter due to the nationwide lockdown that was announced by the government. As the country has continued to unlock over the past few months, things have begun to rebound.

So, compared with the June quarter earnings, RIL’s consolidated revenue in the September quarter, was up 27 per cent. Retail revenue was sequentially up 30 per cent, petchem sales rose 18 per cent quarter-on-quarter and refining sales were up 33 per cent.

“Domestic demand has sharply recovered across our O2C (oil to chemicals) business and is now near pre-Covid level for most products. Retail business activity has normalised with strong growth in key consumption baskets as lockdowns ease across the country,” said Mukesh Ambani, chairman and managing director of RIL.

Reliance Jio’s customer base touched 405.6 million at the end of September, making it the only telecom operator outside China to have reached the milestone of 400 million subscribers in a single country market. Its average revenue per user during the quarter stood at Rs 145.

In the retail business, RIL said that 85 per cent of its stores were fully or partially open during the quarter. While, footfalls were recovering, they are still lower than pre-COVID levels, particularly across fashion and lifestyle verticals and outlets in malls.