In September, Apple launched its first online store in India 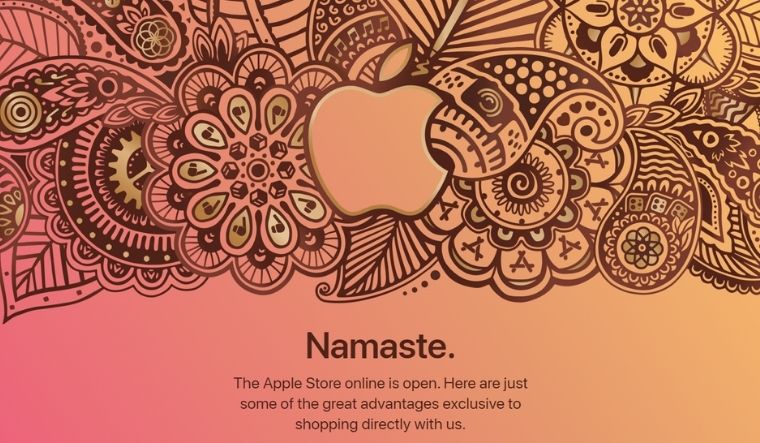 The homepage of Apple Store Online in India on the day of launch | Image courtesy: https://www.apple.com/in/shop

In September, Apple launched its first online store in India—a market that is dominated by Android smartphones.

Apple, which competes in the premium smartphone segment in India with players like Samsung and OnePlus, has been aggressively ramping up its presence in the Indian market. The US-based company, in collaboration with partners like Wistron and Foxconn, had recently started assembling iPhone 11 in India.

According to research firm Canalys, the tech giant's renewed focus on India paid off with a double-digit growth to nearly 8,00,000 units in the region during the July-September 2020 quarter.

A Counterpoint report had noted that Apple led the premium segment (over Rs 30,000) surpassing OnePlus even before its flagship launch, driven by strong demand for its iPhone SE 2020 and the iPhone 11. Its latest offering, iPhone 12 will further strengthen its position in the December quarter, it had noted.

Apple, in its statement, said international sales accounted for 59 per cent of the revenue ($64.7 billion) for the fourth quarter ended September 26, 2020. "Despite the ongoing impacts of COVID-19, Apple is in the midst of our most prolific product introduction period ever, and the early response to all our new products, led by our first 5G-enabled iPhone lineup, has been tremendously positive," Cook said in the statement.

He added that Apple capped off a fiscal year defined by innovation in the face of adversity with a September quarter record, led by all-time records for Mac and Services.

"We also achieved new September quarter records in the vast majority of countries that we track, including among others the US, Canada Brazil, Germany, France, Italy, Spain, Turkey, Russia, India, Korea, Thailand, Malaysia and Vietnam, Apple CFO Luca Maestri said on the investor call.

Apple's products revenue was at $50.1 billion, while services set an all-time record of $14.5 billion.