If a deal is finalised, it will be Carlyle’s 1st investment in India's retail sector 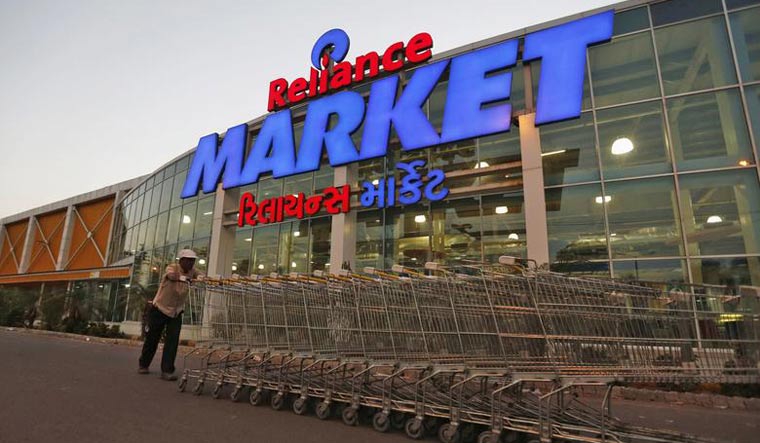 After Silver Lake, another private equity firm Carlyle Group is in early stage discussions to invest up to $2 billion in Reliance Retail Ventures Ltd (RRVL), the retail business arm of Reliance Industries. If a deal is finalized, it will mark Carlyle’s first investment in the retail sector in India and its biggest so far in an Indian company, Mint reported
citing sources.

According to the report, Carlyle is considering investments across the retail space in India comprising both online and offline retail firms, including Reliance Retail. Reliance Retail Ltd, which operates India’s largest and fastest-growing retail business with nearly 12,000 stores nationwide, has drawn the attention of several large investors after its recent acquisition of Future Group’s retail business.

It was earlier reported that Reliance Retail is aiming to raise $5.7 billion by selling about 10 per cent in new shares. Earlier this year, Mukesh Ambani had raised $20 billion of investment for the digital business Jio Platforms from 13 global investors. This includes about Rs 10,202 crore investment by Silver Lake in this entity. It was the first American PE group to invest in Jio.

From groceries to electronics, the retail chain has almost everything in its inventories. Last year, it bought British toy chain Hamleys, and it also runs the India outlets of global brands including jeweller Tiffany. This year, Reliance launched an e-commerce venture, JioMart, which sought to bridge India’s enormous informal retail market by pairing consumers with local shops to deliver groceries and other essentials.