Banks are the catalysts of economic revival: Sitharaman

Bank employees must be aware of all govt schemes implemented through them: FM 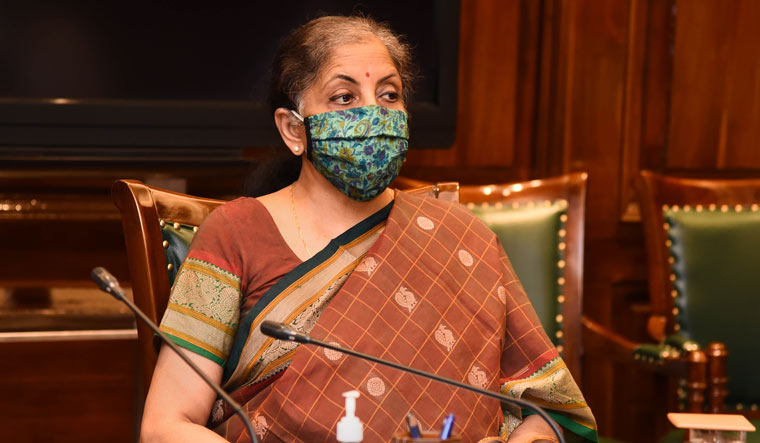 Finance Minister Nirmala Sitharaman on Wednesday said banks are going to be the catalysts for economic revival and also urged them to adopt digital technologies for efficiency and growth.

Applauding lenders for their contribution towards the Pradhan Mantri Jan Dhan Yojana (PMJDY), she, however, added that banking services have still not reached certain areas.

"At this stage, the catalysts for this economic revival, the catalysts who have the pulse of every one of their customers, are banks," the finance minister said.

She was speaking at the launch of PSB Alliance-Doorstep Banking Services, a customer outreach initiative by state-run lenders.

The catalysts are going to play a very active role in making sure that every gap in the expectations of businesses which are struggling to get back to normalcy is adequately addressed, Sitharaman emphasised.

"How much ever you can, using your prudential norms, fill that gap and expectation and make sure that economic revival is facilitated very efficiently by using digital technologies," she said.

The minister said easy access and efficiency in providing banking services will help in revival of businesses which are restarting operations after the lockdown.

"This is where if I have praised you for the wonderful service that you did during the lockdown. Now, it is incumbent on all of us to make sure that facilitation for the revival is going to be even better served by you all," she said.

The finance minister said it will make a huge difference if banks are able to provide services to customers through feature phones and not just smartphones.

"The 40 crore (beneficiaries of PMJDY) that you are able to talk about today, cannot be a laurel on which we can afford to live any further. Yes, we achieved that. Kudos to everyone who achieved.

Sitharaman urged banks to make special efforts to reach out to people through 'bank mitras' so that no one feels excluded in the current digital revolution in the banking sector.

The minister further said banks have to introspect on their core business and also focus on welfare.

"You don't forget your core activity, which is lending and making money out of it and that is a legitimate activity. You will do that and also being in the public sector, do some things which are welfare-related as announced by the government," she said.

She emphasised that even private sector banks will have to contribute to the implementation of government schemes.

She further said banks should ensure that their employees know the details of all government schemes which are to be implemented through them.

"It is your duty to know about the schemes that the government passes to customers through you. I would want to be sure that your staff at every level has at least some idea of what are the government schemes being passed through you to citizens," the minister said.

This awareness is going to make banks more accessible to customers who want to avail those schemes, she added.

The finance minister was speaking after launching the doorstep banking service by state-run lenders.

The initiative provides the convenience of banking services to customers at their doorstep through the universal touchpoints of call centre, web portal or mobile app.

Customers can also track their service request through these channels.

The services shall be rendered by doorstep banking agents deployed by selected service providers at 100 centres across the country.

Currently, only non-financial services such as pick up of cheque and demand draft, new cheque book requisition slip, 15G / 15H forms, request for account statement, among others, are available to customers.

Financial services shall be made available from October 2020.

The services can be availed by customers of public sector banks (PSBs) at nominal charges. It will benefit all customers, particularly senior citizens and the differently-abled.