Spectrum is govt property, not private, anyone using must pay due: SC 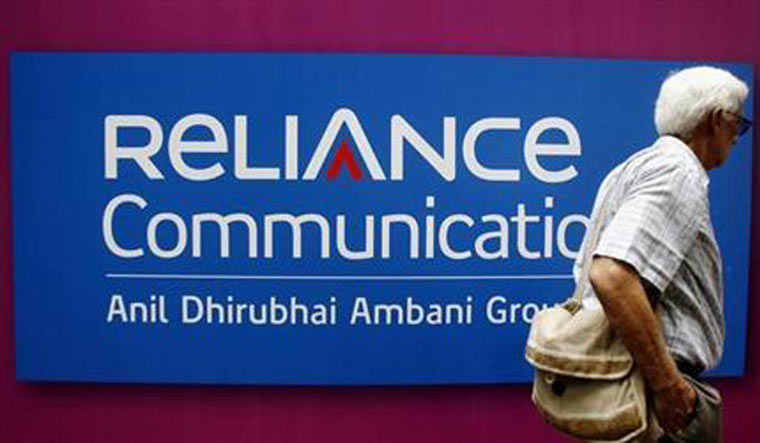 The Supreme Court Friday sought the details of spectrum sharing pact between Reliance Communications (RCom) and Reliance Jio and said as to why the company using the spectrum of the other firm cannot be asked to pay the Adjusted Gross Revenue (AGR) related dues to the government.

Spectrum is government property, not private, and anyone using it is liable to pay the dues, the apex court said.

A bench of Justices Arun Mishra, S. Abdul Nazeer and M. R. Shah asked the counsels for Reliance Jio and RCom to place their spectrum sharing agreements on record.

We have directed them (parties) to place on record the information relating to Agreement entered into with respect to using the spectrum by the respective parties. In the case of RCOM, its spectrum of 800 MAZ is being used by Reliance Jio from 2016. Let the agreement entered into between the parties be placed on record, the bench said in its order.

The top court asked other telecom companies under insolvency, including Aircel Limited, Aircel Cellular Limited and Dishnet Wireless Limited and Videocon Telecommunications Ltd. to specify who is using the spectrum and place the details of arrangement and necessary documents on record.

The bench also asked the Department of Telecom (DoT) to make its clear in whose name and from which date the spectrum is being used and how much fees/dues of AGR year-wise and the amount was deposited with it for using of the airwaves by the companies under some inter se arrangements.

Let DoT file an affidavit with respect to its stand reflected in the order passed by this Court on February 20, 2019. Let DoT also file the requisite documents in this regard supported by an affidavit of the Secretary of the Department of Telecommunication. List on August 17, 2020, at 3.00 P.M, the bench said.

The bench mentioned the February 20, 2019 order of the top court by which the then RCOM chairman Anil Ambani and two others were held guilty of contempt of court for violating its order by not paying dues of Rs 550 crore to Ericsson.

The amount was later paid by them to Swedish telecom equipment maker Ericsson.

The bench also sought details of orders, proceedings before NCLT/NCLAT and offers/plan by Resolution Professional/Committee of Creditors (CoC) submitted before the NCLT in the matters of telecom companies under insolvency.

It said the details be placed on record about what is the proposal regarding sale of the assets of the telecom companies under insolvency and who is the proposed purchaser be also clearly culled out in the affidavit supported by the documents.

During the hearing, senior advocate Shyam Divan, appearing for resolution professional for RCom, said that the government has been informed about the spectrum sharing agreement which was done in 2016 and the required fees have been paid.

He said a part of the spectrum was lying idle with the company for a while and it has not traded but has only shared it.

The bench then said as to why it cannot ask Reliance Jio to pay the AGR related dues on behalf of RCom as the outstanding amount arises from the spectrum use and Jio has been using it for three years.

When Divan stated that the lenders have approved UV Asset Reconstruction Company's resolution plan for RCom, the bench said it wanted to know who was backing UV ARC.

Senior advocate KV Vishwanathan, appearing for Jio, said the company has already paid its AGR related dues but on this question, he needs to seek instruction.

He tried to explain to the bench the spectrum sharing and spectrum usage guidelines, and said that the company was following all the rules and paying the requisite fees.

The bench said again as to how Reliance Jio can escape the liability when it is using the spectrum and sharing the revenue.

On Aug 10, the top court had asked the DoT to apprise it as to how it plans to recover AGR related dues from telecom companies facing insolvency proceedings and whether spectrum given to these companies can be sold.

The DoT had told the top court that their stand is that the spectrum cannot be sold by the telecom companies facing insolvency proceedings as it is not their property.

The top court had said that it needs to ascertain the bona fides of the telecom companies who have gone under proceedings under Insolvency and Bankruptcy Code (IBC).

It had said that the court wants to go into the cause of initiation of insolvency for these telecom companies and wants to know about their liabilities and what was the urgency for pushing for insolvency.

On July 20, the top court had made it clear it will not hear "even for a second" the arguments on reassessment or re-calculation of the AGR related dues of telecom companies which run into about Rs 1.6 lakh crore.

The top court had earlier asked the telecom companies including Bharti Airtel, Vodafone to file their books of accounts for the last ten year and give a reasonable time frame for paying the AGR dues.

The apex court had in October 2019 delivered the verdict on the AGR issue for calculating government dues of telecom companies such as licence fee and spectrum usage charges.

After the top court had rejected pleas by Vodafone Idea, Bharti Airtel and Tata Teleservices seeking review of the judgement which widened the definition of AGR by including non-telecom revenues, the DoT had in March moved a plea seeking staggered payment over 20 years.