Delhi govt will give incentive of up to Rs 30,000 for two-wheelers, autos, etc. 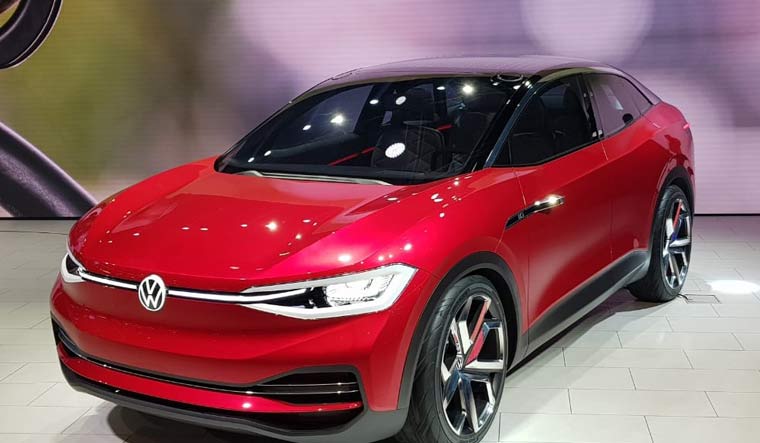 Electric vehicle makers on Friday termed the 'Delhi Electric Vehicle Policy' as a step in the right direction to encourage adoption of clean energy vehicles in the capital and said it will set an example for other states to follow.

Chief Minister Arvind Kejriwal on Friday launched the 'Delhi Electric Vehicle Policy' under which his government will waive registration fee and road tax, and provide incentive of up to Rs 1.5 lakh for new electric cars in the national capital.

Under the policy, the Delhi government will give incentive of up to Rs 30,000 for electric two-wheelers, autos, e-rickshaws and freight vehicles.

According to the Society of Manufacturers of Electric Vehicles (SMEV), this policy will provide a greater push to the existing EV architecture than the current FAME II scheme by the Centre.

"The customers who were unable to get subsidy under the Central government's scheme due to certain restrictive norms, now have a chance to avail subsidy under this scheme," SMEV Director General Sohinder Gill said in a statement.

He further said it has also set an example of how a policy can run without using exchequer money.

"Delhi policy in a way is a benchmark for other states’ policy to follow that are based mostly on attracting manufacturers rather than catalysing demand," Gill added.

Ather Energy CEO and co-founder Tarun Mehta said, "The Delhi Government has created a policy that addresses the issues of accessibility for the end consumer. The additional subsidy makes EVs more affordable across the board and offering it to higher-performance vehicles will ensure that end consumers will actually purchase and use these vehicles."

Expressing similar views, Greaves Cotton Ltd MD and CEO Nagesh Basavanhalli said, "The EV Policy announced by the Delhi government is a welcome step in the right direction as it will encourage the adoption of electric vehicles in the capital and will set an example for other states to follow."

The new policy providing incentives worth Rs 30,000 on electric two-wheelers and three-wheelers, along with loan facilities on low-interest rates, will not only boost the EV adoption, but also generate employment opportunities, which is much required considering the current scenario, he added.

"The incentives declared under this policy will be beneficial to the customers and will certainly help Delhi achieve its goal of electrification of vehicles," he added.

Mahindra Electric Managing Director and CEO Mahesh Babu thanked the Delhi Government for "quickly notifying robust and well-thought EV policies that will further boost the EV sales in the Capital".

"The EV policies are aimed at faster adoption of EVs both in personal and shared mobility segments and extending the incentives to personal buyers will further help the development of the entire ecosystem," he said.

In the near future, Babu said, "The open-permit system for electric autos in Delhi will promote zero-emission last and the first-mile green mobility. The policies are in line with India's aim to reduce its oil-import bill and air-pollution."

In a tweet, Chetan Maini, who founded Reva Electric Car Company, which was later on acquired by Mahindra & Mahindra, said the policy can accelerate adoption of EVs, "while also boosting the job market".

"Looking forward to seeing effective implementation & collaboration to drive the change!" he added.

Revolt Intellicorp Pvt Ltd founder and CEO Rahul Sharma, while congratulating Kejriwal for the "progressive policy", tweeted, "It will prove to be a game changer and lay the foundation for Delhi to emerge as the EV capital of the country."

"With this subsidy for EVs, we are delighted that EVs will have a wider reach and affordability for the people in Delhi," he said.