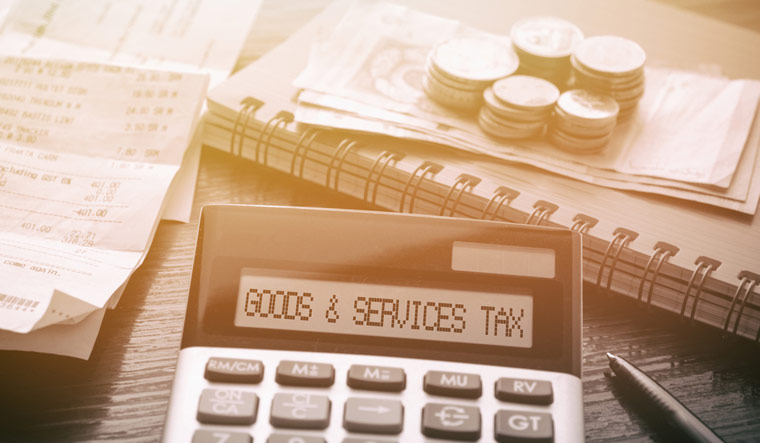 Tax mop up in the first quarter of the current fiscal is "very encouraging" and indicates that the economy is recovering sooner than what was anticipated at the time of imposition of lockdown, Finance Secretary Ajay Bhushan Pandey said on Thursday.

He said the Revenue Department wants to bring in self-compliance among taxpayers by making available data of all financial transactions via Form 26AS at the time of filing income tax (I-T) return.

Pandey, who is also the Revenue Secretary, said about 70 per cent of the Rs 91,000 crore Goods and Services Tax (GST) collected in June is on account of transactions in May.

"For the month of June, going by the current trends, we have certain trend about how many people have made payment so far, and also the e-way bill...truck movement...all these things are giving encouraging signals that the economy is coming back to the realm sooner than what was being anticipated when the lockdown was started in March," he said while addressing a Ficci event here.

Besides, income tax collection, by way of advance tax and TDS, in the April-June quarter was about 80 per cent of what was collected in the same period last year.

"These two numbers—GST and income tax—are encouraging numbers and also gives us some hope that wherever possible businesses are finding ways to get started. But there were certain sectors like hospitality, education, tourism, which are facing difficulty," Pandey added.

The government had in May notified revised Form 26AS which would have additional details on taxpayers' high-value financial transactions like cash deposit/withdrawal, property purchases undertaken during a financial year, and would facilitate voluntary compliance and ease of e-filing of I-T returns.

Pandey said if a person sees all his transaction at one place, it makes return filing easy and helps honest taxpayers. It also sends a message to those persons who are on the borderline, and they would also try to be on the right side of law.

"What we want to promote is self-compliance instead of somebody being sent a notice and then somebody going through some kind of harassment or difficulty, we are making all those information available," he added.

With regard to digital lending by banks, Pandey said if tax-payment profile of a loan applicant is made available to the banks, it would make it easier for lenders to assess how much loan can be extended.

Pandey further said GST rates can be reduced further if the tax base increases.

"Once the tax base increases, if we are able to enforce our tax laws, and everyone pays taxes properly there will be definitely scope for further reduction of taxes," he said.

Stating that the ultimate aim should be to collect minimum taxes at minimum rates, he said the "government should collect taxes which are absolutely necessary and to that extent we need to increase our tax base."

The government is also working on reducing the number of forms under the GST, he said.

Pandey said there were 495 forms in the pre-GST era with 17 different taxes which were levied by various states.

He added that with IT-enabled platforms, there is no inspector raj.