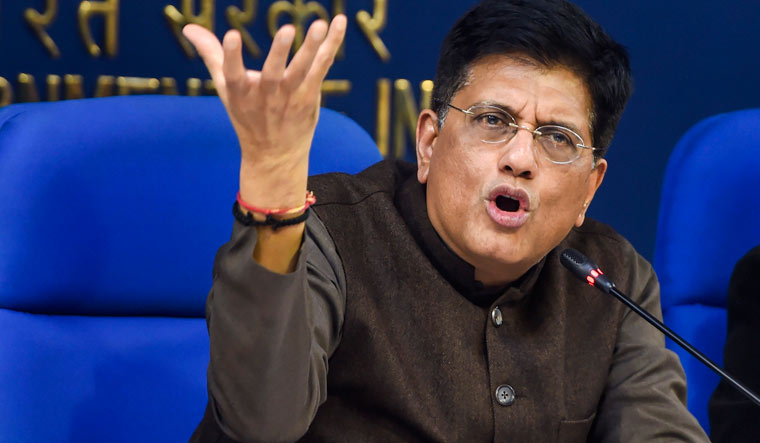 India and the US are on the verge of finalising a limited trade deal, Commerce Minister Piyush Goyal said, adding that the pact aims to get issues that have been pending over the past couple of years “out of the way”.

“…I believe we have a quick trade deal, which has some of the pending matters built up over the last couple of years, which we need to get out of the way quickly. We are almost there,” various media reports said quoting Goyal from a virtual conference organised by the US-India Business Council’s India Ideas Summit. “I think another couple of calls, and we should be able to sort that out,” he said.

He reiterated that the longer term plan is to work towards a comprehensive trade deal. “India is willing to work with an open mind, with a willingness to open our hearts and our markets, with a corresponding opportunity for Indian businesses in the US," Goyal said on the free trade agreement.

He also said that India wants to negotiate with its top trading partner for a preferential trade agreement for 50-100 goods and services. Indications are that the negotiations involve discussions to improve access for India’s generic drugs to the American market.

India is demanding exemption from high duties imposed by the US on some steel and aluminium products, resumption of export benefits to certain domestic products under the Generalized System of Preferences (GSP), and greater market access for its products from sectors such as agriculture, automobile, automobile components and engineering.

On the other hand, the US wants greater market access for its farm and manufacturing products, dairy items and medical devices, apart from cut in import duties on some information and communication technology products. The US has also raised concerns over high trade deficit with India.

India has been demanding early conclusion of the totalisation agreement or Social Security Agreement with the US. It aims to protect the interests of professionals of Indian-origin who contribute more than $1 billion each year to the US social security scheme.

Under this pact, professionals of both the countries would be exempted from social security taxes when they go to work for a short period in the other country.

In 2018-19, the US had surpassed China to become India's top trading partner.