Modi 2.0 should try not to waste the crisis; must leverage talent pool and move fast 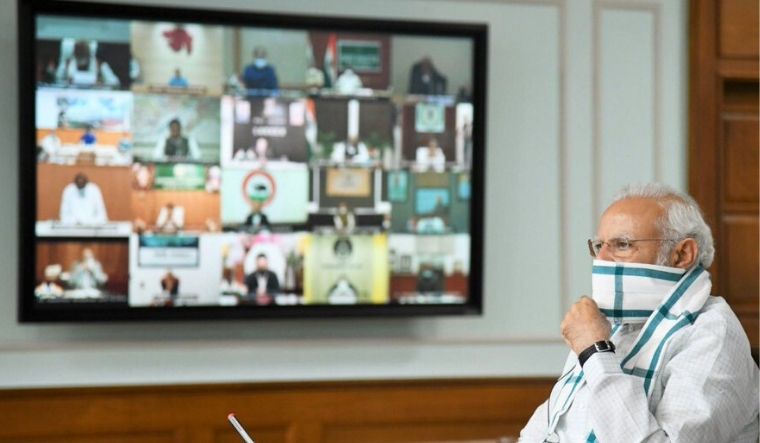 Perhaps, the most important post-war economic lesson is that economic growth and development is the consequence of sensible economic policy. Market economies, which encouraged private initiative and enterprise, have delivered the goods. Ideology-bound socialist states have failed. India realised this truth only in 1991 when, faced by a Balance of Payments crisis, we were forced to open up the economy. All governments, which came to power after 1991, continued on the path of liberalisation.

Even though Modi 1.0 was not particularly reform-oriented, some of the reforms were path breaking. GST set the trend for formalisation of the economy. RERA has substantially reduced black money transactions in real estate, paving the way for the healthy growth of the real estate industry. The Aadhar-linking initiative has produced far-reaching consequences. After Aadhaar was made compulsory for LPG, 3.5 crore illegal connections have disappeared. Crores of bogus ration cards have disappeared. The JAM trinity has enabled Direct Benefits Transfer. The quick and efficient transfer of money through the JanDhan accounts to the poor during the Covid-19 crisis is a tribute to this digital initiative. India should be grateful to Nandan Nilekeni for this revolutionary reform.

Perhaps, the landmark legislation under Modi 1.0 was the IBC passed in May 2016. IBC, though slow and haphazard, has the potential to end the old system characterised by ‘sick companies and rich promoters’. At the same time, the demonetization of November 2016, which not only did not succeed in realizing the goals, but also inflicted sufferings on the people is one misadventure of Modi 1.0.

However, Modi 2.0 has taken off from Modi 1.0, continuing on the path of resets for a cleaner India. The twin shocks of GST and demonetisation, contributed along with other factors like the stress in the financial system, to a major slowdown in the economy. Growth slumped to a 5-year low of 6.8 per cent in FY19. Covid-19 struck when the government was trying to salvage the economy from the slowdown.

The boldest reform initiative of Modi 2.0 has been the cut in corporate tax—a drastic reduction in the base rate to 22 per cent from 30 per cent and to 15 per cent for new manufacturing units. The motive behind the move was to attract large FDIs with one of the lowest corporate tax rates among the emerging economies.

Particularly in the post-Covid world, when supply chains partly move out of China, India can emerge as a major investment destination. But, to realise this, Modi 2.0 will have to move fast on reforms in land and labour. The policy initiatives in mining and discoms are on the right lines. Indications are that the Public Sector Enterprises Policy, whose details are yet to be announced, might pave the way for bold privatisation.

The ‘Atma Nirbhar package’ might appear socially inadequate in the context of the enormity of the crisis; but it is a fiscally responsible package, which has relief, stimulus and reform elements. Also, it is important not to spend all the bullets in the first round. The days ahead are fraught with big challenges.

A major deficiency of Modi 2.0 appears to be the lack of economic talent. The Atma Nirbhar package for a crippled economy came after an agonising delay. The PSBR (Public Sector Borrowing Requirement) for FY21 is likely to touch 14 per cent of the GDP. And, India’s public debt to GDP currently at 70per cent is likely to touch 80 per cent by the end of FY 21. These numbers are bad. This is likely to invite a rating downgrade with disastrous consequences. Therefore, it is important to prepare a road map for fiscal consolidation to be presented to the rating agencies. But there are no signs of any such initiatives. During a crisis of this magnitude, policy initiatives should brook no delay. There are brilliant Indians with great clarity of vision on the appropriate policies for the tough times ahead. Modi 2.0 should try to leverage that talent and move fast. We should not waste this crisis.

The author is chief investment strategist at Geojit Financial Services.