The company recently forayed into the hand and surface sanitizers category 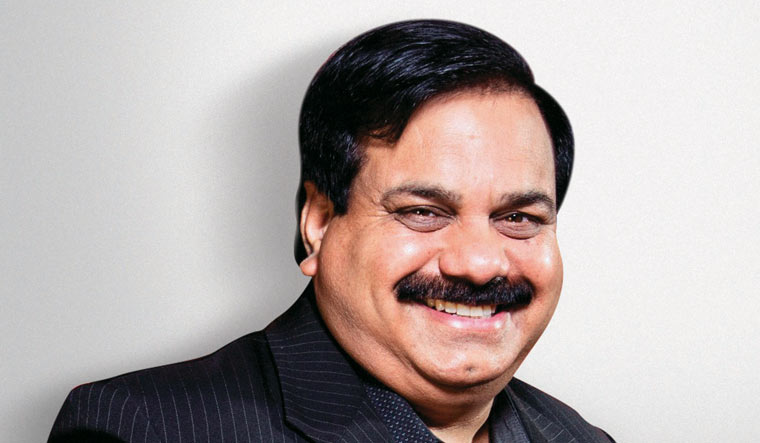 Asian Paints sees sizeable opportunities to expand and scale up in the category of health and hygiene products, as the people’s awareness increases and they start demanding more such products in the backdrop of the CCOVID-19 pandemic, according to a top company official.

The country’s largest paints maker recently forayed into the hand and surface sanitizers category, which it aims to leverage with the existing health and hygiene products it already has, Amit Syngle, MD and CEO of Asian Paints, told THE WEEK.

“We have been doing some strong work in the health and hygiene space. We have a very strong anti-bacterial product, we offer for homes, which can be applied on the walls for an excellent anti-bacterial protection. We also have an anti-asthmatic variant. As we look forward, we are coming out with products, which are targeted at the hospitals and clinics very strongly. Sanitizers leverage the whole thing and give us a firm toe hold in the health and hygiene space,” he said.

A certain phase of its plant in Ankaleshwar, Gujarat, has been dedicated towards sanitizers and it now has a capacity of almost 12,000 kilo liters a year.

Asian Paints is also setting up a new distribution set up, that will reach out to the fast moving consumer goods outlets. At the same time, it will also leverage its existing distribution network, which includes the hardware and paints stores to spread information about sanitizers.

“The sector is Rs 250-300 crore as of now and can be five-to six times its size, as the awareness grows,” felt Syngle.

As the government imposed a nation-wide lockdown to curb the spread of the coronavirus pandemic, paints business was hit hard, like any other industry. As the government started easing the lockdown in parts where the cases were low, Asian Paints started opening its factories from May 4. Its warehouses have also opened.

In terms of demand returning, Syngle said that the company had received “fairly good response” where the market was opening and shops have started to open in certain geographies.

“If the normalcy starts returning, I think, we should be able to get the market growth back strongly. It all depends on how the big cities really come to terms with the entire COVID outbreak, because the metros are more affected as we see it,” Syngle said.

In the wake of the lockdown, several companies across sectors have announced pay cuts or slashed jobs. Asian Paints, though, decided to offer increments to its employees even in these uncertain times and got a lot of praise for the decision.

“We were very clear that when times are tough, mature brands have to take actions, which are far stronger and they should not reflect short-term stance. I firmly believe that a motivated employee force is something we will require as the environment opens and they would be far more energised to work and contribute to the fullest if they see that the organisation really cares for them,” Syngle added.

Asian Paints also lent a helping hand to its distributors and retail partners through the crisis. It had set up a 24x7 helpline, to help them in case there was any medical need. The company has allowed retailers to make payments due over a longer period amid the crisis and it also provided medical insurance to the employees of the retail shops.