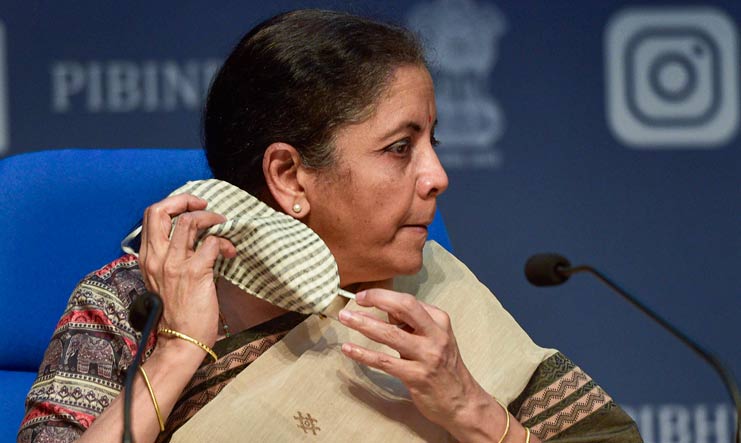 The COVID-19 has provided an opportunity to the Union government to clear many of the pending reforms which are expected to boost economy. During the fourth tranche of package, Finance Minister Nirmala Sitharaman announced opening up of eight sectors for greater private participation—from commercial coal mining to allowing use of ISRO facilities, from opening up the aviation sector to privatising power distribution system in Union territories and increasing FDI in defence sector.

But these measures drew sharp reactions from the RSS-affiliated trade union Bharatiya Mazdoor Sangh, which termed these reforms as failed ideas.

“The fourth day of announcements of FM is a sad day for the nation and its people, who were on a euphoria hearing the first three days’ announcements. The government opened up eight sectors, suggesting that it has no option except privatization. This is a show of the dearth of ideas on economic revival in times of crisis,” BMS general secretary Vrijesh Upadhyay said.

The BMS, which has been protesting against the proposed labour laws, said the new reforms announced by the government will affect the employees the most.

“Without any social dialogue, the government is bringing gross changes and is going in the wrong direction. Social dialogue is fundamental to democracy.

Government becoming shy of consultation and dialogue with trade unions, social representatives and stakeholders shows lack of confidence in their own ideas and is highly condemnable,” Upadhyay added.

Earlier, Sitharaman listed various steps the government will take for fast-tracking the reform measures. She said fast track investment clearance will be given through Empowered Group of Secretaries to be set up for this purpose. A Project Development Cell will be set up in each ministry to prepare investible projects and coordination.

The government will even rank states on investment attractiveness, which is likely to force them to undertake reforms and create enabling environment to boost private sector.