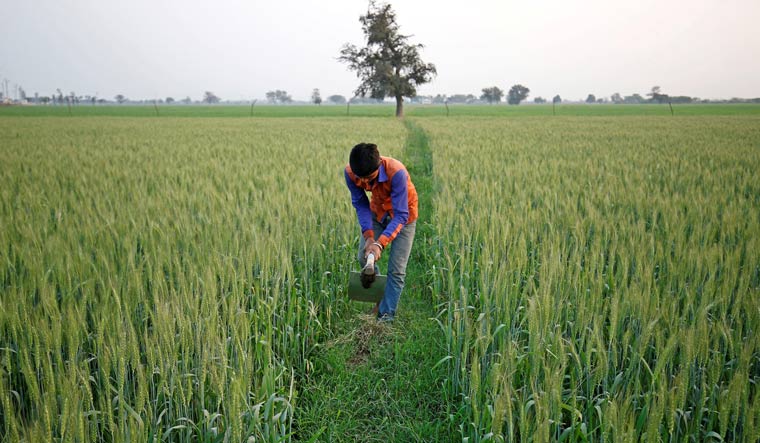 The third tranch of the Centre’s Rs 20 lakh crore COVID-19 economic relief package, announced by Finance Minister Nirmala Sitharaman on Friday, is a combination of relief measures and reforms, with the collecting aim of unshackling the agriculture sector and raising farmer incomes.

Over three tranches, the government has so far announced Rs 10.66 lakh crore worth of measures out of the overall Rs 20 lakh crore package. Sitharaman is expected to address three more press conferences till Monday to announce the full scale of the package, sources say.

Sitharaman said that with an amendment to the Essential Commodities Act, agriculture food stuffs including cereals, edible oils, oilseeds, pulses, onions and potato will be deregulated. A stock limit will be imposed only under “very exceptional circumstances” like national calamities or a famine with surge in prices. Further, no such stock limit shall apply to processors or value chain participants, subject to their installed capacity or to any exporter subject to the export demand.

The act was enacted in 1955 to check hoarding of essential commodities and offences under it are non-bailable. It was often used to conduct raids on traders accused of hoarding agriculture products to increase prices. However, experts warned that the prices of products had actually increased after the act’s implementation. This act was brought in when there was shortage of agricultural products—now, with many commodities produced in surplus, its relevance has waned.

In addition, bringing in a new APMC Act will allow farmers to sell their produce to private players directly instead of going through the government-approved mandis. Anticipating crowding of the mandis, the Centre had asked states to suspend the Act during the COVID-19 pandemic, in order to let farmers sell in more markets and hopefully follow social distancing. Madhya Pradesh was the first state to amend the law, while other states like Karnataka followed suit.

The privatisation of procurement received mixed reactions at the time, with some farmer bodies fearing that removal of this law could lead to farmers being exploited by big corporations. In their view, the APMC Act was a cushion against such malpractice.

Changes to the APMC Act and the ESA, however, have been under the Centre’s consideration for a while. The pandemic presented an opportunity to the government to enact these reforms.

In another initiative, Sitharaman said the government will finalise a facilitative legal framework to enable farmers to engage with processors, aggregators, large retailers, exporters in a fair and transparent manner. Risk mitigation for farmers, assured returns and quality standardisation shall form integral part of the framework. This will set up enforceable standard mechanism for predictable prices of crops at the time of sowing.

Sitharaman's third tranche was to create a Rs 1 lakh crore agriculture infrastructure fund that will finance projects at farm-gate and aggregation point for efficient post-harvest management of crops.

Fishermen received a huge bonus from this package, with Rs 20,000 crore alloted through the Pradhan Mantri Matsya Sampada Yojana. The goal is to develop marine and inland fisheries, to provide employment to over 55 lakh people and to double exports to Rs 1 lakh crore.

In addition, a Rs 15,000 crore Animal Husbandry Infrastructure Development Fund was set up. An outlay of Rs 4,000 crore was announced to promote herbal cultivation in about 10 lakh hectares of area with another Rs 500 crore earmarked for beekeeping initiatives that will help two lakh beekeepers.

Operation Greens—which was announced in the 2018 Budget in order stabilise the supply of tomato, onion and potato crops—will now be expanded to cover all fruits and vegetavles with an additional outlay of Rs 500 crore. The scheme would provide a 50 per cent subsidy on transportation from surplus to deficient markets and a 50 per cent subsidy on storage, including cold storages. It will be launched as a pilot for the next six months and will be extended and expanded.