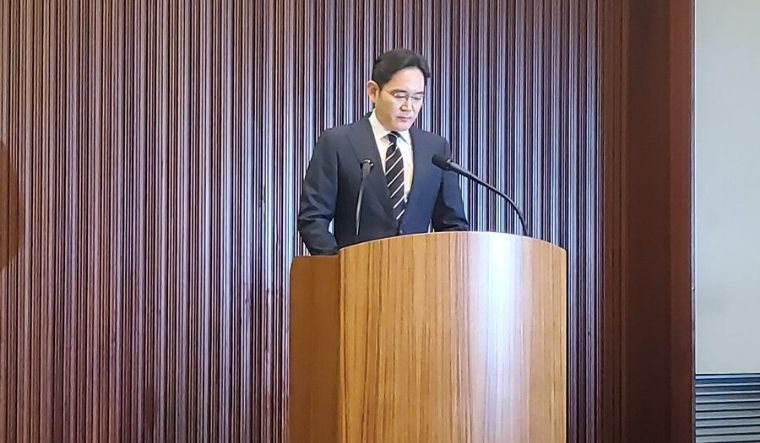 Samsung heir Jay Y. Lee holding a press conference to make a public apology for the company's wrongdoings | via Twitter

In a surprise move, Samsung Group heir Jay Y. Lee has vowed to end dynastic succession at South Korea’s biggest conglomerate. Lee made the surprise announcement on Wednesday saying he would not pass the company founded by his grandfather in 1938 to his children. He also apologised for a bribery scandal involving former president Park Geun-hye and Samsung Group, as well as for the group’s union-busting activities.

Speaking at a briefing at company headquarters, Lee admitted missteps in the past and pledged he will avoid violations of the law in the future. His promise suggests that leadership of Korea's largest conglomerate, founded by his grandfather, won't automatically get passed to a fourth generation.

"We are recognized for our top-class technology and products, but the public view of Samsung is still critical," the 51-year-old said, dressed in a dark suit, white shirt and tie. "This is all because of our shortcomings. This has been my fault and I offer my sincere apology."

The announcement following three generations of family control sparked skepticism in some quarters and worry in others for the future of the country’s corporate champions.

It sent shockwaves through South Korea’s corporate elite, dominated by a handful of families who run business empires known as “chaebol” that wield huge political and economic power in Asia's fourth-largest economy.

Some governance experts said Lee’s apology should be seen in the context of his legal battles, as the 51-year-old awaits a court ruling on a corruption case which could result in a lengthy prison sentence. They also said his promise to relinquish family control lacked detail.

Lee has been entangled for years in allegations that he used horses and financial contributions to win favor, via an intermediary, from then-president Park Geun-hye to help with his succession as Samsung chief. The scandal led to Park's impeachment in 2017 and her sentencing to a 25-year prison term. It also inflamed public anger over the power of the country's conglomerates, triggering the election of a reformer as her successor. The executive's apology may help burnish Samsung's image, which improved after the electronics giant publicized a series of efforts to aid Korea in its battle against Covid-19.

The legal fight has disrupted Lee's tenure at the helm of Samsung Electronics Co., the world's leading producer of smartphones and memory chips.