Opportunity in challenges: How businesses have latched on to the sanitiser boom

Many states are considering ramping up production of hand sanitisers 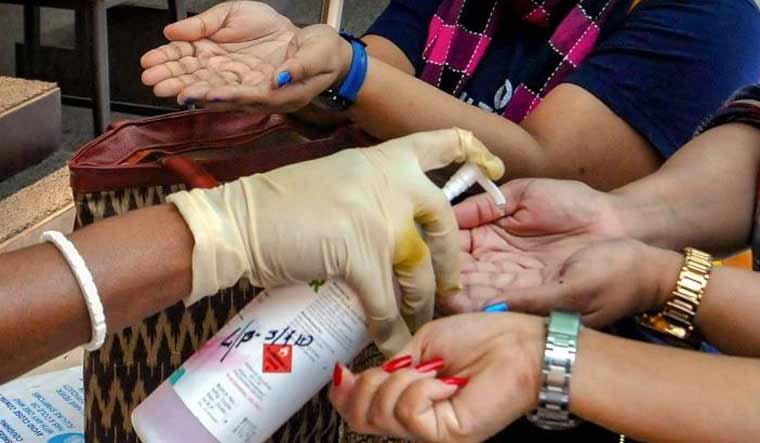 Perhaps not since Lady Macbeth has repeated hand washing become such a talking point. The coronavirus scare may have debilitating impact on the global, as well as domestic, economy, but there is at least one segment which has been laughing all the way to the bank—makers, old and new, of hand sanitisers.

An acute shortage of hand sanitisers had hit the market ever since the World Health Organisation, early on in the outbreak, had released its advisory that the best way to prevent being infected by the novel coronavirus was to wash hands, or to use alcohol-based hand sanitiser.

For a product that till now was used only by health care professionals, and perhaps hypochondriacs, hand sanitisers suddenly burst onto the retail scene as the hot property of the year. The hitch? Conventional makers of the product—two of the most prevalent brands in the market were Reckitt Benckiser’s Dettol and Johnson & Johnson’s Savlon—suddenly faced a shortage in the supply of raw materials.

“Our hand sanitiser sales doubled, before stocks ran out,” said the spokesperson for m.Paani, a pan-Indian online marketplace for neighbourhood businesses. “No one saw this coming,” Vikas Bagaria, founder of Pee Safe, which makes sanitisers told this correspondent, “My employees are working in three shifts (to fulfill the demand).”

Hoarding and unscrupulous middle-men shorting the supply was one reason for the short supply, despite the government categorising sanitisers under Essential Commodities. However, on the production side, another big hitch was the not-so-easy availability of ethanol. Also called ethyl alcohol, it is the primary ingredient in making liquor, and hence stringently regulated all over the country. The result? Either shortage of sanitisers, or a glut of local manufacturers coming up with products with high mark-ups, and possibly below-par quality, taking advantage of the situation. Some such products were even found to not even have alcohol ingredients.

Sensing the gravity of the situation, the consumer affairs ministry was forced to step in. "Necessary permissions on account of licensing and storage of ethyl alcohol/extra neutral alcohol (ENA)/ethanol may be accorded by the state government agencies to sanitiser companies up to their installed capacity without any quota restriction on supply,” it said in a circular recently. A price cap of Rs 100 per 200ml was also imposed on March 19, “taking into account the sharp increase in prices of raw materials used in making of face masks and hand santiser," according to Union Consumer Affairs Minister Ram Vilas Paswan.

Ethanol is manufactured in sugar mills in India, with a bulk of it transferred through the bonded route to liquor manufacturers. However, even liquor makers have got on to the act. While the All India Distillers Association has assured the government of adequate supply of ethanol for producing sanitisers, companies like Radico Khaitan have already started making sanitisers. In Bengaluru, makers of Amrut single malt whiskey and Paul John have approached the Karnataka excise department, seeking clarity on how they can proceed. It is a trend seen globally as well, with top liquor companies like Diageo and Pernod Ricard reported to be making sanitisers in their facilities.