Vodafone Idea is staring at AGR dues of around Rs 50,000 crore 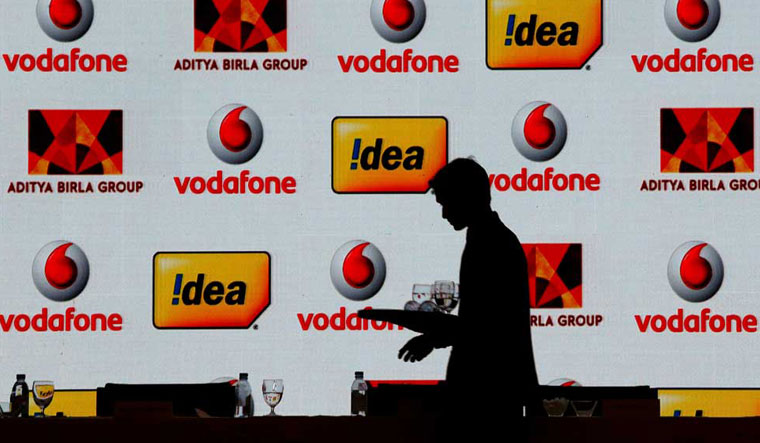 Telecom operator Vodafone Idea has sought a longer time period from the government to pay off its adjusted gross revenue-related dues. It has also reportedly sought a Goods and Service Tax refund of around Rs 8,000 crore, which could be adjusted against its AGR dues.

The Supreme Court had in October ruled in favour of the government in the matter related to AGR and had directed the telecom companies to pay. The court in the hearing on February 14 came down heavily on the companies for not paying the dues and directed them to pay the same before the next hearing on March 17. Around 15 companies owe around Rs 1.5 lakh crore in AGR dues to the government.

Vodafone Idea is staring at AGR dues of around Rs 50,000 crore as per Department of Telecom calculations and while it has paid Rs 3,500 crore, it doesn’t have the financial muscle to repay the remaining in such a short period of time.

According to the company’s own self assessment exercise carried out by the company, it calculated dues in the range of Rs 23,000 crore to Rs 25,000 crore only, which includes around Rs 7,000 crore in principal, said sources.

Vodafone Idea reported a net loss of Rs 6,439 crore in the October-December quarter, in addition to the Rs 50,000 crore net loss in the July-September quarter.

It has a debt of close to Rs 1.2 lakh crore, which includes bank debt of around Rs 25,000 crore and Rs 90,000 crore in deferred spectrum payments. It has cash balances of only around Rs 12,800 crore, according to analysts estimates.

The merger of Indus Towers with Bharti Infratel was approved by the DoT, last week. Vodafone Idea is monetising its 11.5 per cent stake in the company, which should fetch it around Rs 4,500 crore. An industry source said that if the remaining technicalities were completed, the deal could be completed in “weeks.” Bharti Infratel, though, has increased the long stop date for the merger to April 24.

Meanwhile, Vodafone Idea is also looking to sell other assets like its 160,000 kilometers of fiber and data center. But, that will not be enough and therefore it has sought a relief from the government.

“We have requested an immediate two-year moratorium on spectrum payments, a lowering of licence fees and taxes, the waiving of interest and penalties on the AGR case and the ability to make payment on the principal over 10 years with a two-year moratorium,” Reid had told investors earlier this month.

The Cellular Operators Association of India (COAI) has also written to the department of telecom seeking easier terms for payment of statutory dues to telcos and extension of low interest loans to cover AGR liabilities, PTI reported on Thursday.

“Due to the AGR issues there is an immediate stress on the liquidity,” a senior market analyst at a credit ratings agency, told THE WEEK. Vodafone Idea’s current cash and equivalent and future cash flows will prove insufficient to meet the financial obligations, the analyst added.

Vodafone’s Reid has told investors it won’t be injecting any more capital in the India operations. Birla said in December 2019 that the company may have to shut shop if there was no relief from the government.

There will be huge ramifications if Vodafone Idea were to close. So, several meetings have been held within the government too, as it looks to design some sort of bailout package for the industry. In November, the government had allowed a two-year moratorium on spectrum-related liabilities. It may again look at some sort of moratorium on other dues of telecom companies now or it may rethink on the penalties, an industry analyst told THE WEEK. A stressed fund that will lend telecom companies is also being talked about.

Telecom companies raised tariffs by up to 40 per cent in December, and more price hikes are expected in the coming months, in the wake of the AGR dues.