They said this during a survey by the ORF 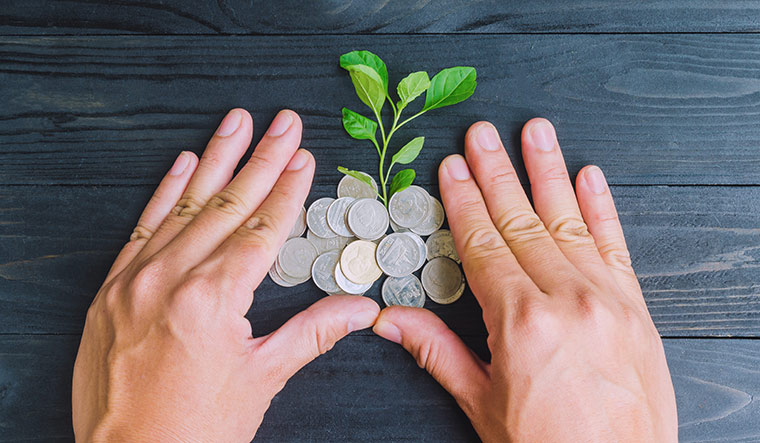 The road to $5 trillion economy is difficult but achievable. The government's urgent intervention is needed in the fields of building infrastructure, easing land acquisition procedures, and lowering taxation, feel CEOs of US-based companies operating in India.

These CEOs, surveyed by think tank ORF, said the country can make a push towards $5 trillion economy faster by focusing on manufacturing. The first intervention in the financial field can come through subsidies on capital, loans and risk covers. Second, fiscal incentives should flow through tax exemptions, and third enabling factor would be inexpensive delivery of infrastructure inputs such as power, water, or logistics to reduce the cost.

The survey report, based on the interviews with 42 CEOs, was released in the national capital by Union Minister for Housing and Urban Affairs Hardeep Puri. The minister highlighted a number of initiatives taken by the government which will push the economy towards the $5 trillion target set by Prime Minister Narendra Modi. He cited numbers to show massive growth happening in the aviation, transport, and housing sectors to say all these were happening when everyone was saying there is a slowdown.

The minister disputed the claim that the economy is facing a slowdown, saying it is “a problem of measurement” and “lack of proper understanding”. He said India is going through a “phase of rapid and aggressive structural adjustment”.

Puri revealed that the government would soon come up with a new rental policy.

The report, authored by Gautam Chikermane, vice president, ORF, along with Ruchbah Rai, Rakesh Sinha and Tanushree Chandra, envisioned India to be the world’s third largest economy, after the US and China, in a decade, having set its sights on a GDP of $5 trillion in the next five years and $10 trillion by 2032. Among the positive outputs that emerged out of the survey, four out of the five CEOs said they had come to India because of its large market, and fast growing economy. Nine out of 10 CEOs said they plan to continue with their business activities in India for next 20 years, the report, 'India at $ 5 Trillion' stated.

Most of the CEOs (four out of five) said they were optimistic about expansion of their businesses.

In another interesting finding, more than half of the CEOs believed that government was trying to make doing business in India easier through regulatory interventions. However, a quarter of them said the government creates hurdles in doing business.

In its recommendations, the report suggests that as manufacturing happens in states, the local governments need to bear the burden as benefits can flow in terms of investments, and jobs.

“Even though India has taken huge steps forward, infrastructure development, particularly of roads and ports, needs urgent attention, the CEOs said. In specialised industrial economic zones there are last mile problems such as water and power, both of which need local permits. “India must rethink its infrastructure policy,” the report said.

It argued that regulation of infrastructure needs to be re-examined on two counts – ending process of turning regulators into monopoly of sinecures for retired bureaucrats, and creating balance between independence and accountability.

Two more areas flagged by the report are the land acquisition policy as process of acquiring land was cumbersome, and price rise make the business proposals unviable. The second area is the large number of labour laws which consolidation.