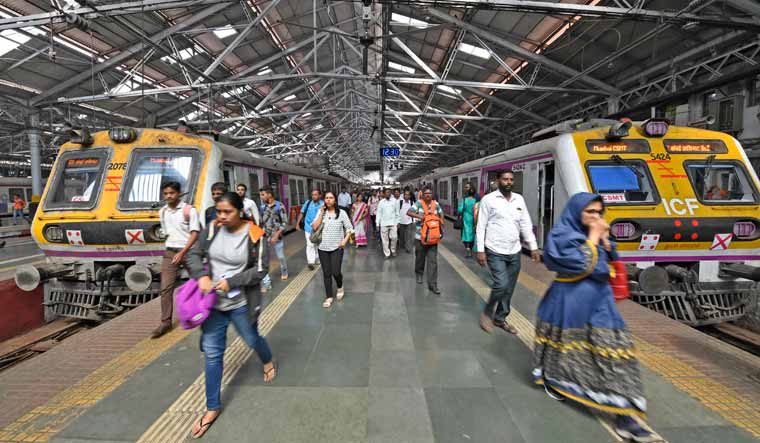 Union Finance Minister Nirmala Sitharaman announced some big-ticket projects for the Indian Railways as 150 private trains will be running on the network via the public-private partnership (PPP) model. The PPP model will also be used for projects to redevelop four stations. Sitharaman announced more Tejas-type trains to connect iconic tourist destinations.

While highlighting the railway ministry’s continued focus on safety, she claimed the number of major railway accidents has come down drastically. She also stated that number of unmanned crossings have come down to zero.

In her speech, Sitharaman stated that Indian Railways has equipped several thousand railway stations with free high-speed Wi-Fi; 550 facilities have been commissioned in as many stations.

She also said the 148km-long Bengaluru suburban rail transport project, being developed at a cost of Rs 18,600 crore, would have fares on metro model. The Central government will provide 20 per cent of equity and facilitate external assistance up to 60 per cent of the project cost.

Sitharaman said that India’s first bullet train project between Ahmedabad and Mumbai is actively being tracked for completion on time.

Sitharaman also announced large-capacity solar power plants would be set up alongside rail tracks, on land owned by Railways and 27,000km of tracks would be electrified. The government aims to achieve electrification of 11,000km of railway track.

The Indian Railways will set up a Kisan Rail service through public-private partnership model. Under the scheme, refrigerated coaches in express and freight trains will be available, so that perishable goods can be transported across the country.

The total revenues of Railways comprising earnings from passengers, goods, sundry other heads and railway recruitment boards and so forth are targeted to increase by 9.5 per cent in budget estimates for 2020-21 over revised estimates of 2019-20.

Giving impetus to the aviation sector, Sitharaman announced that100 more airports would be developed by 2024 to support UDAN Scheme. The air fleet number is expected to go up from the present 600 to 1,200 during this time.

The ministry of civil aviation will launch the Krishi Udan scheme to assist farmers in transporting agricultural products so that it improves their "value realisation".

"Krishi Udan will be launched by the ministry of civil aviation on international and national routes. This will immensely help improve value realisation (on agricultural products), especially in the northeast and tribal districts," said Sitharaman during her budget speech. Prime Minister Narendra Modi in 2017 launched the Ude Desh ka Aam Naagri (UDAN) regional connectivity scheme.

For the ports and waterways sector, Sitharaman announced the government would consider corporatising at least one major port and its listing on stock exchanges. She also said that a governance framework keeping with global benchmarks was needed for more efficient seaports.

Speaking about inland waterways, Sitharaman announced that the “Jal Vikas Marg” on National Waterway-1 will be completed and further the 890km Dhubri-Sadiya connectivity will be done by 2022. She further said that plans are afoot on 'Arth Ganga' to realise Modi's vision to energise economic activity along the river banks.

In order to boost the transport infrastructure in the country, the Union budget has provided about Rs 1.70 lakh crore.