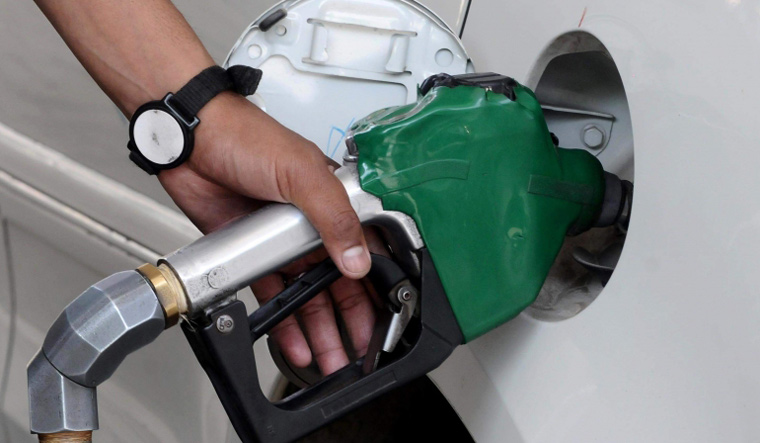 India's exports contracted for the third month in a row in October by 1.11 per cent to $26.38 billion mainly on account of a significant dip in shipments of petroleum, carpet, leather products, rice and tea.

Imports too declined by 16.31 per cent — the steepest fall in more than three years — to $37.39 billion in October, narrowing the trade deficit to $11 billion, according to the government data released on Friday.

This is the steepest decline in imports since July 2016 when the inward shipments had declined by 19 per cent.

Gold imports increased by about 5 per cent to $1.84 billion in the month.

Out of the 30 key sectors, as many as 18 segments showed negative growth in exports during the month under review.

The country's outbound shipments have remained subdued so far this year. It may have a bearing on the overall economic growth, which fell to over six-year low of 5 per cent in the first quarter of the current fiscal. Industrial output declined by 4.3 per cent in September due to poor performance by manufacturing, power generation and mining sectors.

The outbound shipments contracted by 6 per cent in August and 6.57 per cent in September.

Meanwhile, an RBI release showed that services export for October 2019 stood at $17.22 billion while imports were at $10.92 billion.

Ludhiana-based exporter S C Ralhan called for the immediate release of foreign trade policy by the government to arrest the downfall.

"Government should immediately announce foreign trade policy. If it will be delayed, the government would not be able to control the damage," Ralhan said.

Trade Promotion Council of India Chairman Mohit Singla said that the figures reflect global slowdown which has led to the slackening of demand, which is also seen in fall of imports especially in the raw material used for either production or manufacturing.

Federation of Indian Export Organisations (FIEO) President Sharad Kumar Saraf said that trade tensions and rising protectionism has led to this marginal decrease in exports during the month.

"Sluggishness in the economies across the globe coupled with the trade war between US-China, Brexit and developments in Iran, Turkey, Iraq other gulf countries has continuously unsettled the slowing world economy which has further escalated the problem," he said.

He added that the downside risks remain and the projections for the near future depends on a return to more normal trade relations among countries.