The two-day summit is scheduled for October 3-4 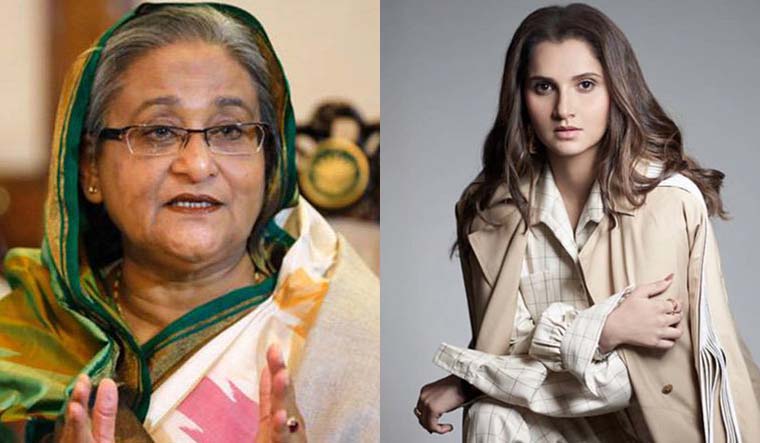 Bangladesh Prime Minister Sheikh Hasina and tennis star Sania Mirza will be among co-chairs for India Economic Summit to be held here in October by the World Economic Forum, where hundreds of Indian and global leaders would discuss India's role in South Asia and on the world stage.

Mirza will co-chair the summit as a sportsperson and the UN Women Goodwill Ambassador for South Asia.

The two-day summit, scheduled for October 3-4, will be held by Geneva-based WEF in collaboration with industry body CII (Confederation of Indian Industry) under the theme of 'Innovating for India: Strengthening South Asia, Impacting the World'.

According to the World Economic Forum (WEF), the meeting will address strategic issues of regional significance under four thematic pillars—the new geopolitical reality and new social, ecological and technological systems.

The WEF said India as the fastest-growing large economy in the world has demonstrated remarkable strength and resilience amid global slowdown.

The country's and the region's role is critical to the sustainability of global economic growth and if this is to be Asia's century, the role of South Asia will be indispensable, it added.

Besides, the rise of advanced technologies has the potential to create economic and social value, and bolster India's goal of maintaining its growth momentum while attaining greater social inclusion and regional cooperation.

The WEF, which hosts its annual summit in Swiss Alps resort town of Davos every year, said the India meeting will convene key leaders from government, private sector, academia and civil society to facilitate dialogue on policy tools, business models, industry standards, norms and guidelines for boosting the dynamism of India to attain its growth potential.

The meeting will also focus on accelerating the adoption of Fourth Industrial Revolution technologies and optimally governing them to assist India to leapfrog to an advanced stage of development and provide the world with replicable proof of a successful model, affecting billions of people globally.