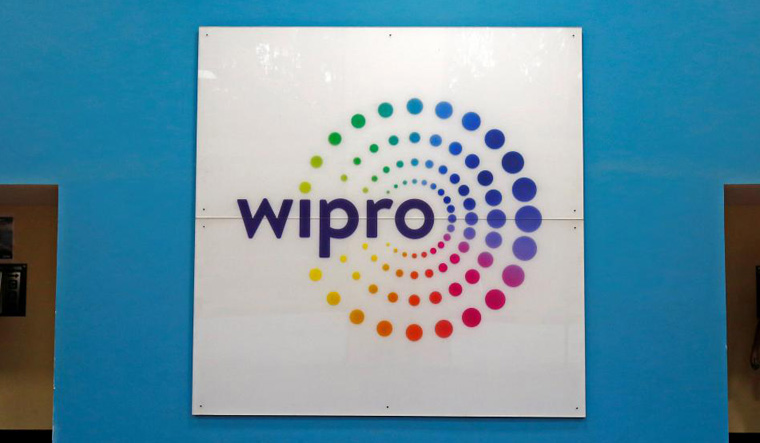 Wipro, one of the largest IT companies in India, will continue to face growth challenges as its growth has continued to be sluggish over the last few years and does not seem to be showing much improvement. The company gave a below revenue guidance for the next quarter Q2 FY 2019-20 of just 2 per cent sequential revenue growth during their quarterly results announcement last week.

Market experts observe that Wipro's revenue growth remains the lowest among the tier-1 IT services companies. The company's growth was behind its peers such as TCS and Infosys. TCS posted a revenue growth of 11.4 per cent for Q1 of FY 2019-20 and Infosys had a revenue growth of 14 per cent in the same quarter. Experts feel that if the same trend continue, the company may be left far behind their competitors. Interestingly, HCL technologies had earlier overtaken Wipro in ranking to be the third largest IT services company in India.

“Wipro continues to face challenges of slowdown in BFSI (Banking Finance and Insurance Segment), delays in client decision making and completion of some large engagements. We sense that growth challenges for Wipro, led by client specific issues, weakness in consumer, manufacturing and continued legacy drag, will persist. The company has significantly lagged behind leading IT services companies on revenue growth for more than five years now. Wipro is struggling to grow whereas larger peers are clocking double digit growth rate,” said Amit Chandra, assistant vice president, IT research at HDFC Securities.

So, what is hampering the growth for this IT major? “The BFSI segment which was the key revenue driver for Wipro is witnessing slowdown. Then there are issues such as completion of large projects, delay in decision making (BFSI, Manufacturing) and deferral in ramp-up of large projects which are impacting growth. The soft guidance of 2 per cent for the next quarter indicates that the lag is entrenched. Margin expansion is difficult and the buyback trade is over. Wipro has under performed and the trend will continue unless the growth revives,” added Chandra.

Besides this, Wipro has also struggled in different geographies. For instance, Wipro was gaining market share in the BFSI segment for the past two years, but BFSI has started slowing down and the main challenge includes the capital markets and the European banking segment. Wipro also saw a 3 per cent degrowth quarter on quarter (q-o-q) in the manufacturing segment that was impacted by the slow growth in the European manufacturing segment (Automotive segment). At the same time, its America’s growth cooled down after four consecutive quarters of growth.

“Wipro is a very conservative organisation and has not spent much on its global branding and sales efforts when compared to the Infosys and TCS. They need to lay strong emphasis on their global marketing and sales efforts. Around a decade back, the company used to be an employer of choice, but people may not want to join an organisation that has been performing below expectations in different segments. The overall organisation needs to be restructured so as to become more visible and agile when dealing with customers and winning over new customers. Large customers will be hesitant to do business with an organisation that has not been growing for a long time,” Murthy B.S, CEO of Bengaluru-based firm LeadershipCapital.

Experts such as Kris Lakshmikanth, the founder and CEO of the executive search firm Head Hunters India Limited, feels that Wipro is suffering from slow growth due to its conservative approach. “The company needs to sacrifice their margins and cut on pricing in case they want to achieve growth. Its competitors such as Infosys and TCS have sacrificed or cut their margins to achieve growth. It remains to be seen what Rishad Premji will bring to help Wipro move towards a growth oriented approach,” Lakshmikanth told THE WEEK.