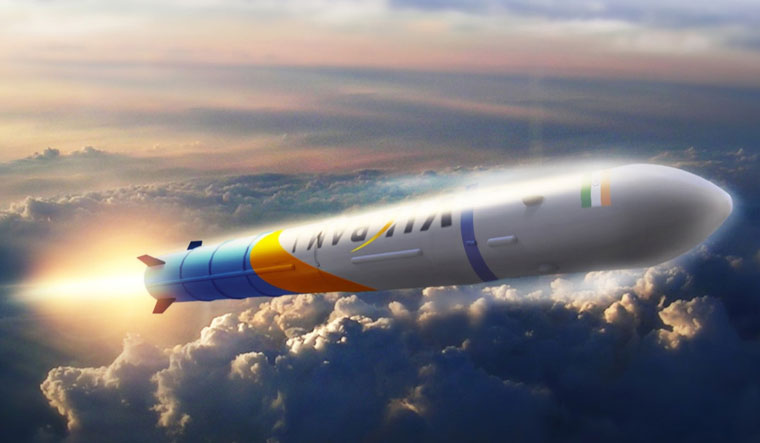 Skyroot Aerospace, a city-based startup, is gearing up to test-launch its 'Vikram' series of rockets to send satellites into space by mid-2021.

The aerospace company is betting big on the proposed Space Activities Bill-2017 which is under discussion at the Cabinet-level.

Once the Bill is passed, it would enable and regulate the activities related to space by the private players.

Promoters of Skyroot Aerospace Pawan Kumar Chandana and Naga Bharath Daka, who are former scientists of the Indian Space and Research organisation (ISRO), are in the process of raising the second round of funding from investors.

Skyroot has graduated from the design-level to the actual testing stage of the propulsion system, according to the promoters.

The early-stage funding was done by Mukesh Bansal and Ankit Nagori.

Referring to market reports, Naga Bharath said the space vehicle launch market is expected to see exponential growth in the future with over 7,000 satellites anticipated to be launched in the next ten years.

"We will be one of the Indias first private launch vehicle (rocket)-makers. There is an upsurge in launching small satellites globally. The current capacity of launch vehicle is not sufficient to meet the demand as in the next 10 years, around 7,000 small satellites (less than 1,000 kg) are to be launched, Naga Bharath told PTI on Wednesday.

"We have been following international market trends. There is a need for multiple launch providers around the world. There are other private launch vehicle developers in other countries," he said.

India has a good ecosystem in terms of satellite-launching and we want to leverage the ecosystem, he said.

Refusing to divulge the investments, the IIT-Chennai alumnus said another round of funding would be looked into and discussion with potential investors was on.

"Post-design (of the rocket) to manufacture the solid stage prototype propulsion system and test, we need further investments, he said.

Today, space technology and applications are used as enabling tools for national development and governance. Hence, it was considered that introduction of a space-specific legal regime should only enable further growth of space activities in India rather than merely a regulatory or restrictive regime.

The country needs to facilitate private sector participation in space activities and authorisation and supervision by the government, says the draft Space Activities Bill.