India must complete its reform process in next five years: Arvind Panagariya 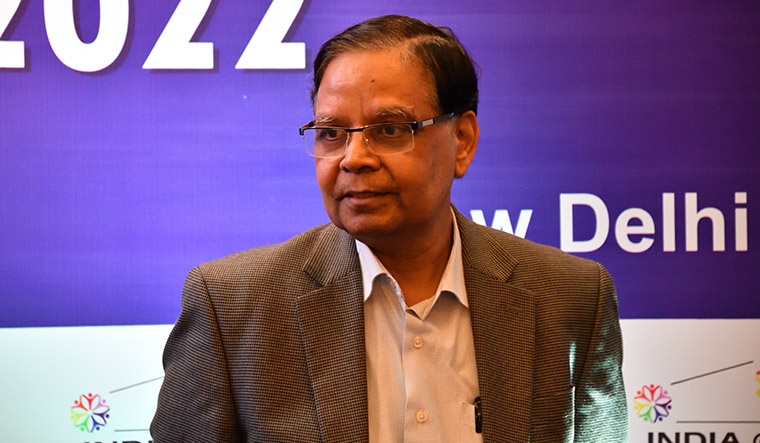 India must focus on growth of labour-intensive sectors to create decent jobs for the masses as well as give "serious thought" to privatising the public sector banks (PSBs), eminent economist Arvind Panagariya has said, emphasising that the reform process must be completed in the coming five years.

Panagariya, who had served as the first vice chairman of the NITI Aayog from January 2015 to August 2017, was responding to a question on what the priorities should be of the government that comes into power when India's mammoth and crucial general elections end next month.

"My personal view is that India must complete its reform process in the coming five years," Panagariya, Director at the Raj Center on Indian Economic Policies at Columbia University, told PTI here.

The Deepak and Neera Raj Centre in The School of International and Public Affairs (SIPA) at Columbia University provides research and expertise necessary to inform policy decisions, deliver increased prosperity, and define India's future role in the global economy.

Highlighting the priority areas, Panagariya said that India needs a clear focus on the growth of labour-intensive sectors such as apparel, footwear, furniture, kitchenware and other light manufactures to create decent jobs for the masses.

"We need firms in these sectors that are globally competitive and capture the space in export markets that China has been quitting due to its high wages. This requires flexible labour and land laws and an ecosystem that is yet friendlier to large firms," he said.

Panagariya elaborated that one way to achieve this is to create Shenzhen-style Coastal Employment Zones (in China) that create zones of 500 square kilometers or more along the coast that are characterized by highly entrepreneur-friendly regime with respect to land, labour and international trade.

"Eventually, we must extend this regime to other parts of the country as well, he said.

He stressed that it is also time that "we gave a serious thought to privatising public sector banks (PSBs).

"Experience has shown that public sector ownership creates perverse incentives that have repeatedly manifested themselves in episodes of accumulation of non-performing assets (NPAs) in PSBs while the same has not been a problem in private and foreign banks," he said.

Further, public ownership has also resulted in dual regulation of PSBs (by the Reserve Bank of India and the government) and two different RBI regulatory regimes for PSBs and private banks.

"The simultaneous role of the government as a provider of banking services through PSBs, policy maker and regulator create obvious conflicts. There needs to a separation of policy making, regulatory and service provision functions," he said, adding that it is possible to promote social goals without ownership of the banks as the experience with priority sector lending illustrates.

"As a last resort, if the government feels that it must have control, keeping the State Bank of India in the public sector (with due governance reforms) may be a reasonable compromise," Panagariya said.

The noted academician also stressed that serious thought must be given to the consolidation of numerous transfers into a single cash transfer.

"We must also introduce a sunset clause to all Centrally Sponsored Schemes and Central Sector Schemes. Ministries running these schemes should be subject to the burden of justifying continuation of their schemes beyond a certain date," he said, underscoring that "indefinite perpetuation" can often mean that the scheme in question is making no progress in achieving its goals.

Panagariya also emphasised on the need for major reforms in the area of education, saying the Right to Education Act has wholly "neglected quality."

"This law has to be amended such that it rewards schools and teachers for superior outcomes while also sanctions them for poor delivery. It cannot be that government uses taxpayers' money to give public school teachers salaries that are four or five times what their counterparts receive in private schools and they still deliver poorer outcomes than the latter," he said.

Opining that higher education requires an overhaul too, he said there is need to "replace" the University Grant Commission Act by a Higher Education Commission Act that "paves the way" for full autonomy for high-quality colleges and universities; provides for such colleges to acquire the right to confer their own degrees and covert into universities; and opens the door to the entry of foreign universities in a transparent manner.

Panagariya also suggested that a national research foundation along the lines of the United States National Science Foundation should be created to bring research centrally to universities with the current system of research councils gradually phased out.

"The government must also pass the pending National Medical Council Bill and bring similar legislation in Homeopathy and Indian systems of medicine. Higher education in law, nursing, pharmacy and other professional fields also requires an overhaul," he said.