Odisha's success story: What the rest of India can learn 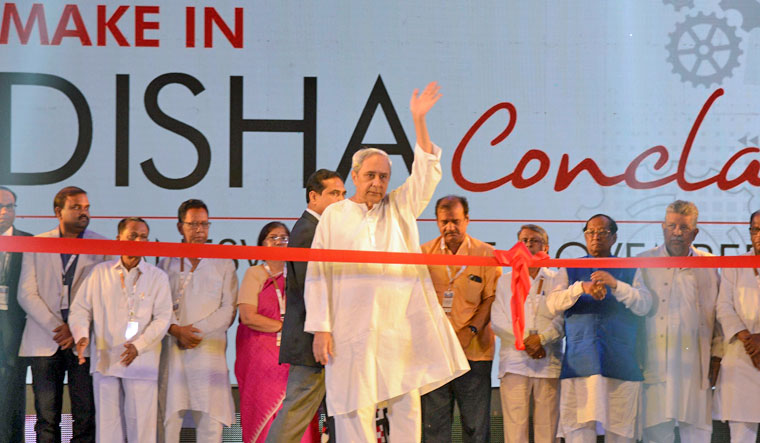 If someone were to tell you a few years ago that Odisha, the “backward” state on the east coast of the country, were to become one of the topmost business destinations, you would have probably laughed at their face. For long, the state was in news only for the wrong reasons—either it's cyclones, starvation deaths, or worse, atrocities against Christians or other minorities.

Last week, as Odisha's long-serving Chief Minister Naveen Patnaik stood up to make his valedictory speech at the second Make in Odisha Conclave in the state capital Bhubaneswar, it was pretty evident that a paradigm shift had taken place. Not only did the state manage to get literally the who's who of Indian business (the big bosses from Reliance, Tata, Birla, Jindal, Adani, Vedanta etc, were all there) to attend the conclave, all of them came bearing gifts of additional investments. The icing on the cake? On the last day of the event, the total investments pledged came to a whopping 4.19 lakh crores, though the target from this conclave was Rs 2.5 lakh crore.

And that may be just a start. “Odisha is one of the three states that can become a one trillion dollar economy,” observed Sajjan Jindal, chairman of JSW. A pretty satisfied Patnaik said in his valedictory speech that it has been “a defining moment in the history of industrialisation of Odisha.”

So how did Odisha swing it? Other states, including relatively advanced ones like Gujarat and Kerala, too, have attempted such investment drives, but the results have not exactly been the same. What has Odisha done right that other states can learn from?

Odisha is a state rich in minerals and metals, with a fifth of India's coal, a quarter of its iron ore, a third of bauxite and almost all its chromite. This has led to the establishment of many government PSUs, especially those making steel and aluminium in the state. The state has consistently pointed out to its rich natural reserves of minerals, and a wide coastline with closer access to the manufacturing hubs in China and rest of the east to attract new investors.

Getting the basics right

For far too long, entrepreneurs were worried about coming to the state because of its backward infrastructure and worries over getting skilled manpower. Odisha set out to rectify this over the past several years, constructing highways linking the far-off mineral rich districts to the ports, as well as the twin-cities of Cuttack-Bhubaneswar which had air and rail connectivity. The state is power surplus and has 11 per cent of the entire nation's water resources (presence of the massive Hirakud dam helps). These are statistics that automatically entice investors. Odisha has also established a range of higher educational centres like AIIMS and IIT to provide a catchment of skilled manpower required by businesses coming in. The 'smart city' tag the capital Bhubaneswar got also helps in a big way. Mukesh Ambani commented in his speech at the conclave how mobile data usage in Odisha is among the highest in the country.

While nothing much can be done to avoid natural disasters like cyclones, the negative stories from Odisha like starvation deaths and communal riots seem firmly a thing of the past. Even with cyclones, the state's intensive mobilisation to prevent losses—inspiringly called the 'zero casualty' target—during the last few cyclones (including last month's Titli) has earned kudos. Patnaik has been firmly in the saddle for the past 18 years and his stable rule and the lack of political or religious strife in the state in the last several years has given a shot in the arm to the government's efforts to woo investors.

The vast hinterland ripe for industrial townships, big factories and big business houses have found the ease of getting clearances—all regulatory departments are housed under one roof and provide time-bound approvals—and also allotting cheap land appears lucrative. Compare that to states like Gujarat and Maharashtra where land itself comes at a premium, or states like Kerala and West Bengal with their reactionary political landscape, and you can see why the likes of Tatas and Birlas have been making a beeline for erstwhile Kalinga.

Planning for the future

While its resources USP could bring in conventional industries like steel and aluminium makers, Odisha wants to be future forward. The areas it now wants to develop businesses range from aerospace and defence manufacturing, food processing and IT. Bhubaneswar winning awards for being a 'smart city' is something the state officials cannot stop paying lip service to. The idea, coupled with investing in technical institutes and skill development schemes in partnership with countries like Japan and Singapore, is to lure new age IT businesses to the state.

While most of India rues the bureaucratic red tape, in Odisha, it is quite the reverse. Politicians, led by the chief minister, are said to have taken a back seat, letting a team of efficient bureaucrats run the show, from planning and inviting businesses to facilitating their establishing outposts in the state. The difference was starkly visible at the investor events, where no other minister or politician hogged the limelight other than the chief minister. It was all top bureaucrats running the show, from Patnaik's powerful secretary V.K. Pandian to the principal secretary of industries, Sanjeev Chopra.

Unlike other states where the investor summits are the pivotal focus, Odisha's conclave is only a milestone in the ongoing process of attracting business and talent. The state machinery works at getting companies and business leaders to pledge funds after long sessions of presentations, deliberations and incentives much before the actual meet. And it doesn't end with a successful summit—officials, led by the CM, follow-up on the investment promises on a regular basis. This is why Patnaik could announce at the 2018 meet that out of the promises made at the previous conclave, two years ago, two-thirds have come in, and are in various stages of implementation.

With presentations, promotions, ancillary events and even a hashtag #iamodisha, the Make in Odisha Conclave often resembled more of a product launch event of a global consumer company than an investment summit organised by an Indian state. With other events like next week's Hockey World Cup taking place in the state and a calendar of events to keep Odisha highlighted on the national stage, the idea is to provide a positive spin on a state that has traditionally been considered backward. In the words of principal secretary Chopra, “The focus of the conclave was not just to propel industrial development further, but was to provide a platform to engage (investors) in the next phase of ...growth.” It definitely seems to be working.