Bright side of data: How data can help India govern better 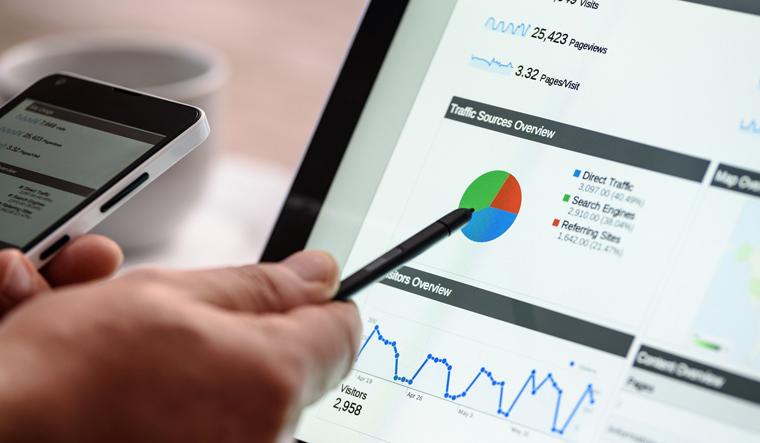 In recent times, we have seen a huge outburst of data and the ever evolving technology is its surfboard. Data is everywhere, and in amounts one can only imagine. The problem with such humongous quantity of data is that it is not easy to make sense of. Also, with the instances of data leak from Aadhaar and Facebook, we have come face-to-face with only the dark side of data.

So, is there more to it?

After a demand for transparency by activists, governments have starting putting data in public domain. The data is about policies, healthcare and governance; the UK and US government’s data portals are two foremost examples of that. The President of India in 2009 expressed interest in a public data policy to put data related to non-strategic matters in public domain.

In 2012, the Government of India launched data.gov.in, its open data website, under the Open Data Initiative. There are 85 government agencies in India that have put 12,000 datasets like population census, water and sanitation, health and family welfare on the portal.

India is ranked at 32 out of 94 countries on the Global Open Data Index published annually by Open Knowledge Network. The index shows that the Indian government has 13 per cent of datasets that are fully open. Datasets of government budget and air quality meet the parameters completely on which the countries are ranked. On the contrary, datasets on weather forecast, election results, locations, land ownership and government spending falls at the lowest scale with zero per cent data available in public domain.

There are certain issues with data available in India. It is usually scattered and in raw format that needs to be cleaned to make sense. This makes the whole process time consuming and inefficient. The data is mapped in different geographic boundaries, resulting in different datasets for every location. This causes the unification of data by the ministries close to impossible.

The data stored with government departments is mostly on paper just for the purpose of record keeping. As it is not digitised, primitive and unstructured, not much usable information can be derived from it.

When we talk open data or big data we hear good governance. If analysed properly, data can aid governance in the areas of policy reform, healthcare, public sector and the likes.

Policies framed by government need to be assessed and reviewed. This is where data comes into play. Data organisations working towards transparent and efficient governance analyse the implementation and effects of a policy based on data obtained from the government. This data when put in public domain or shared with the concerned ministry can help the policy to be examined and introduced with the relevant changes.

Healthcare organisations can benefit from the use of data by digitising their process and combining it with a repository of patients’ profile of health and illness. Analysis of data related to a patient can help in detection of disease and its treatment at an early stage.

The plan to use data for governance in India is based on making all public services accessible through a common delivery outlet. The government of India started using information technology to deliver quality information in rural healthcare. The idea initially was to remove duplicate entries from the registers, further developed into a database.

Transparency and intelligence go hand in hand. The idea of “more governance and less government” can be achieved only if a real-time data intelligence infrastructure is developed. There is a need for a system that feeds on real-time data which is analysed for patterns and trends by experts. The patterns can then be studied to track loopholes in policies and every other decision. But the government can only deal with real-time data if it follows a transparent structure. Real-time openness is not possible if the officials keep altering data according to their advantage.

With such a huge potential for data analysis and consumption, the time is right to delve into this domain. Though the field of data science and analysis is still developing in India, certain initiatives are already riding the bandwagon.

Factly is an open data start-up that aims to make public data meaningful. They utilise data already available in public domain or data gathered using the Right to Information (RTI), to analyse a range of issues with the objective of fostering better governance, transparency and accountability in the government.

“Data can very much help in the governance. Data can tell what happened wrong and what should be the focus. Good governance is all about using the resources for the right cause and ensuring that money from the government reaches right set of people. The question is what kind of data and who is going to use it,” says Rakesh Dubbudu, founder of Factly and a transparency campaigner. He is also working with the government of Telangana under open data policy initiative.

“The government has started opening up data, but we lack a data culture. Real-time data is obviously very helpful, but that remains with the state government. Once the state of Telangana is successful in opening up data and actually solving problems, in being useful to various stakeholders, the idea is to document the process and share it with whoever needs it,” he said.

Socialcops is another data initiative working towards good governance. They have worked with the Centre and state governments for some of the major schemes. To reduce data redundancy and increase data usability they have come up with a DISHA dashboard launched in June this year where 42 flagship schemes across 20 ministries of the government are combined. This allows MPs, MLAs and state representatives to track the schemes’ performance.