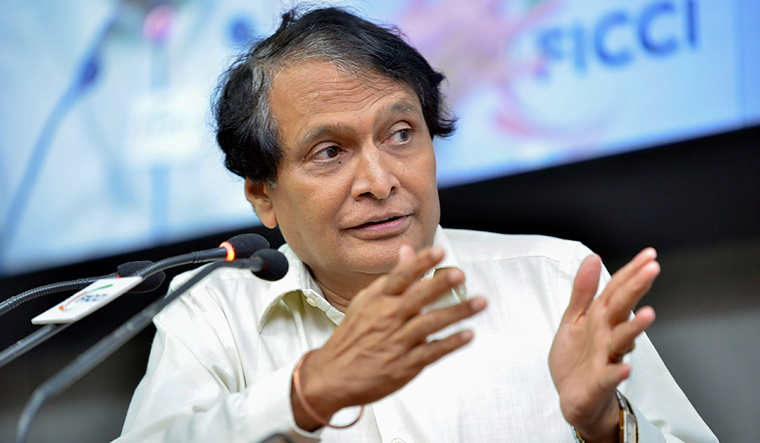 Commerce and Industry Minister Suresh Prabhu said while Uzbekistan was part of the Silk Route, India would now like Uzbekistan to be part of 'Silicon' route

India is conceptualising a transport corridor which can be a very important link between Asia and Europe, for which Uzbekistan can serve as a major transit point, Union Minister Suresh Prabhu said Friday.

Addressing a conference in the presence of Uzbekistan's Deputy Prime Minister Sukhrob Kholmuradov, Prabhu said the corridor will deliver "unimaginable benefits" in terms of cutting down the time and cost of transportation for all the countries involved.

"We will be very happy to create a transport corridor which will cut down the cost of transportation and the time of transportation. For this, Uzbekistan is a very important transit point," the Commerce and Industry Minister said.

Prabhu said while Uzbekistan was part of the Silk Route, India would now like Uzbekistan to be part of 'Silicon' route.

"We will be ensuring that new technology, new economy, new ideas would also be a part of the corridor between us. We are conceptualising a corridor which will deliver unimaginable benefits to all the countries including, this is a very important link between Asia and Europe, so we would like to work on this and we are working on this," said the minister.

He said the upcoming visit of the President of Uzbekistan should be a transformative landmark visit and that it will mark a new chapter in Indo-Uzbek relations.

Prabhu further said that increasing cooperation in services sector would help in strengthening economic ties between India and Uzbekistan.

"Services sector has a huge potential for boosting economic growth and employment generation and will play an important role in Indo-Uzbekistan partnership," an official statement quoted the minister as said.

The minister also offered to set up skill development training centres in Uzbekistan.

India's exports to Uzbekistan include pharmaceutical, mechanical equipment and vehicles. The imports include fruits and vegetables, services, fertilizers and lubricants.

Prabhu said that India considers Uzbekistan as an important partner for its entire vision for Central Asia.

Besides, Uzbekistan's Deputy Prime Minister Sukhrob Kholmuradov said the country was striving to further strengthen and raise Indo-Uzbek relations to a new level.

"We want to develop mutual trade and investments between our countries across various spheres of industry and services.

"We have taken decisive steps to create a favourable investment climate and these will go a long way in enhancing bilateral cooperation," Kholmuradov said.

He outlined sectors such as oil and gas, healthcare, pharma and tourism infrastructure are rapidly evolving and invited Indian businesses to take advantage of the unique opportunities present in Uzbekistan.

An agreement to establish the India-Uzbekistan Business Council was also exchanged between representatives from both sides on the occasion.

Later quoting Prabhu, industry body CII in a statement said that Uzbekistan was once part of the ancient silk route linking the Far East to Europe.

An agreement on joint development of tungsten deposits in Uzbekistan was inked between IFG Capital Partners, SUN EURASIA and the State Committee of Uzbekistan on Geology and Mineral Resources.