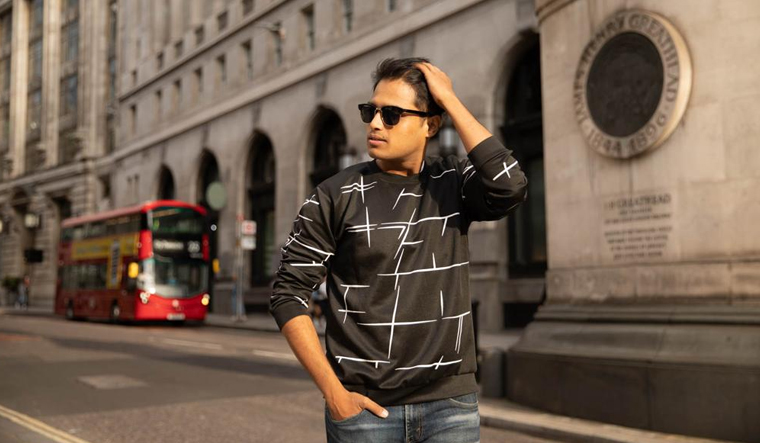 It won't be wrong to say that, most likely, almost every individual browsing online has wasted an afternoon watching pointless videos on "Youtube." Although YouTube has been a source of entertainment, it also asserts itself as a crucial tool for new-age influencers. Statist ically speaking, in fact, more than 55% of business owners also use Youtube as a component of their overall marketing plan. T he reason is that the platform beholds more than two billion active users globally, and one-quarter of internet users view videos for 10 hours or more each week. In addition, the platform is greatly comprehensive, and 76 different languages can be used to access it. As a result, YouTube is not only where any brand's audience is, but it also serves as the second-largest search engine on the internet.

This red and white play button has given rise to a new profession, The YouTuber, as the world becomes more and more digital and as smartphone use increases. Numerous Indian YouTubers and channels, including Superwoman, MostlySane, Bhuvan Bam, Sherry Shroff, AIB, TVF, Komal Pandey, and Shirly Setia, to mention a few, are among the most popular on the web. But, ever questioned what they do or how they got started in it? Bhavya Aneelam, who is the founder of " Desi Chal Chitra Studio Sets in Delhi, possesses "a one-of-a-kind" environment that has developed from a love of movies, a desire to create, and a desire to give also work to provide support to these young budding influencers and YouTubers by providing them the right sets. This air-conditioned, multi-studio set may be completely customized and is an intrinsic part being everything here is recycled, refurbished, repurposed, and reused.

To help decode the same, the founder of " Desi Chal Chitra ," Bhavya Aneelam, shares his insight:

One of the most promising careers nowadays is YouTubing. It is a field with a lot of room for expansion as well as advantages like job flexibility, freedom of expression, chances to show off your creativity, and a chance to become well-known and well-liked. Even though it might not be a full-time choice right away, with time and effort, you can become a professional YouTuber like the many others who came before you. However, it would take a lot of effort and persistence on your part to start a channel and make it successful. Making a living off of YouTube takes rigorous content development, distribution, and advertising to be sustainable; it is not enough to create one popular video and instantly become famous.

The intent of the channel

This is a crucial stage since it will guide your decision on the kind of material you will produce and represent the message you want to convey to the general public. It can be anything, from humor, gaming, and technology to beauty and fashion.

Establish Your Voice and Style

Even channels from the same genre on YouTube are different from one another. The creator(s) of the video and the channel's voice/style make the distinction, not just the material. The aesthetic of your channel will frequently be a mirror of your character and distinct individuality. It can originate from your speech patterns, your opinions, any catchphrases or taglines, how you dress, or even the causes you support.

Construct and polish Input from You

Every YouTube video's heart and soul is its content. Your video needs a solid substance to support it; it cannot survive on presentation alone. So it's crucial that you take your time conceptualizing your ideas, crafting the material or script, and editing it to make it flawless. Make sure it is concise, exact, relevant, and catchy.

Poor audio or video quality gives the user the impression that not much effort was put into creating the information. Consequently, it is strongly advised that you get a nice camera (DSLR or point-and-shoot), as well as good lighting and sound equipment (microphone). However, you can borrow it from friends or use a high-quality smartphone camera with a tripod if you want to test the waters first and don't want to immediately invest in pricey equipment.

Getting the right location

In the end, the last concern is getting the right location for shooting the video. Earlier, YouTubers used to generally shoot within the four walls of their rooms, but since now the quality and credibility of youtube content have increased extensively, more and more content creators prefer more genuine places to shoot in. But due to the lack of set locations, it was difficult for them to see a hospital, courtroom, or police station in a particular scene. However, this issue has been remedied in recent years thanks to the development of studio sets.

With Desi Chal Chitra's premium quality sets that have exquisite interiors and are also environment-friendly, they are currently the most opted studio people look for to produce more short films in Delhi for their YouTube Channel. Moreover, with a committed group of young people, a link between classic Bollywood films and contemporary web series, and a modern "Desi" vibe thanks to its MahaVastu certification, this studio set exudes friendliness and positivity.

With up to 2 billion monthly users, YouTube is the most popular site for social media that primarily features videos. You may access a sizable audience base by starting a YouTube channel and uploading videos. However, you can still accomplish a lot by only making videos on this platform. One of the most exciting and adaptable forms of content consumption is videos. However, if you use the appropriate strategies, you'll get started on the right foot.