Prix Goncourt is France's own Booker 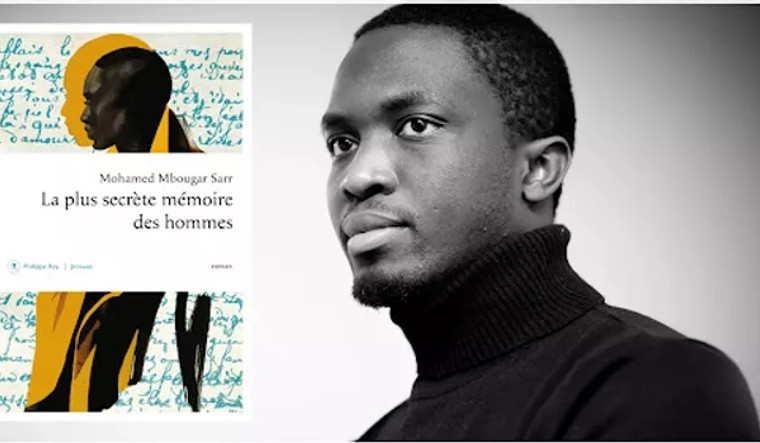 Senegalese author Mohamed Mbougar Sarr's fourth novel La plus secrete memoire des hommes (The Most Secret Memory of Men) is about literature and writing, about Africa and the West. "The book has literally everything in it. It is like reading one more book within a book," exults Vrinda Vaz, an MA student in French from Goa University.

"The book  is about an African writer who goes missing after writing one of the most compelling books in France, his first and last, a literary masterpiece. The reading public then absolutely couldn't take it that such an astonishing piece of work could be written by an African writer. In The Most Secret Memory of Men, another African writer discovers the book and unspools the story of this missing man in the most mesmerising way,"says Vaz about the intriguingly-titled book which won the Prix Goncourt last year, France's own Booker. Prix Goncourt is awarded to the “best and most imaginative prose work of the year.”

But Vaz did not know about Prix Goncourt or Sarr's novel until she was chosen as a jury member for Goncourt Choice of India Award. Her professor in college chose her along with three other students to participate in an international literary exercise which seeks to democratise the process of awarding authors in the Francophone world. Last year, India joined the international family of the Choix Goncourt (Goncourt Choice) where students in 27 countries select their Goncourt choice after reading the four shortlisted titles in two intense months. After completing these books, they meet, interact and discuss to select their preferred title.

The first edition of the award in India, as part of the ongoing Bonjour India festival,  was supported by 10 institutes comprising the network of Alliances Françaises and nine universities across India, including Delhi University, Rajasthan University, University of Mumbai, Savitribai Phule University Pune, University of Goa, Pondicherry University, and English and Foreign Languages University of Hyderabad. Forty-seven students in these 10 institutions formed 10 local juries of the Goncourt Choice of India. Vaz is one of those students.

For Vaz, who loves dabbling in French literary texts, it was one of the best opportunities to apply her analytical acumen and come to the capital to present her point of view. "It was a very healthy discussion. I mean, initially, we thought we would be pouncing on each other. But it was nothing like that. It was a really mature and healthy conversation. Everyone was given a chance to speak. And, of course, it will definitely add a feather to my cap," says Vaz who was one of the presidents of the 10 juries who gathered in a room at the Residence of France to decide the laureate of the Goncourt Choice of India.

Vaz will now participate in an international Contest of Literary Criticism launched by the Académie Goncourt. The 47  jury members from India will have two months to write a 3,000-word critique on the winner in French. The contest jury will be composed of a French publisher, a French literary critic, and an academic. The winner will win a trip to Paris to attend the prestigious Goncourt Prize ceremony in November 2022. Vaz is hoping she can make it to Paris in November.

Speaking about the award, Dr Christine Cornet, Attaché for Books, Debates & Ideas, Embassy of France, said “College and university students in India have access to many great books in English. Indeed, many such works are originally written in French before being translated into English. What makes the Goncourt Choice of India Award so exciting is that it gives bright young Indian minds new literary genres to explore in their original language. The thoughts penned in French are distinct from those penned in English. By reading the works of contemporary French writers, readers find a new worldview and discover unique answers to some of life’s most pertinent questions."