Azor means 'be quiet' in the local dialect 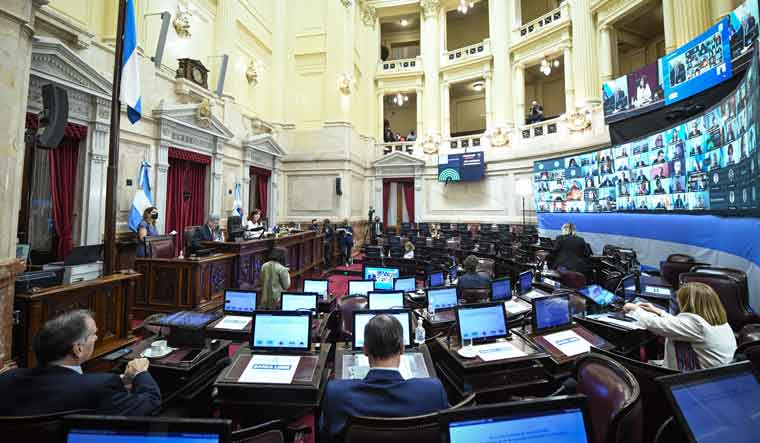 The film Azor brings out vividly the sharp contrast between the cultures of the discreet and self-effacing Swiss private bankers and their Argentine clients who show off their wealth with pompous and pretentious talk. While the Swiss speak politely and properly, the Argentines revel in their unrestrained use of colorful abusive expressions with typical words such as ‘ Boludos’ and ‘Pelotudos’, which means fools.

In fact, the title of the film Azor means ‘be quiet’ and ‘ be careful about what you say’ in the local dialect and code of the private bankers community. The Argentine characters brag loudly with exuberant eloquence while the Swiss listen to them passively but attentively and open their mouth only to prod the Argentines to continue their talk. When the Argentine client asks the Swiss banker about the size of his Swiss estate, the banker replies humbly, "my estate is like a little kitchen garden vis-a-vis your large farm of several thousands of hectares".

The Argentine oligarchies’ need to transfer their black money into secret Swiss accounts becomes more desperate at the time of the military dictatorship in the seventies. The colonels make not only the leftists and their sympathisers ‘disappear’ but they also expropriate the assets (including race horses) of the oligarchic families. The Swiss banker is eager to facilitate the hiding of the illegal money of the Colonels also. 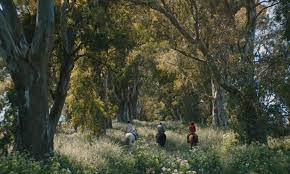 Keeping black money outside the country is part of the Argentine culture. My golf buddies from the Jockey Club of Buenos Aires say that they need to do this for survival because of the volatility of Argentine economy, fluctuations in exchange rates, frequent changes in policies and periodic financial crises. During crisis times, the government freezes bank accounts and imposes foreign exchange restrictions. It happened in 2002. Currently the country is facing a debt crisis with over 50 billion dollars of payment due to IMF and other external creditors. The Argentine peso which was equal to dollar in value in the nineties has now depreciated to 103 pesos to a dollar. But in the black market, a dollar fetches over 200 pesos.

The story is about a Swiss private banker from Geneva who goes to Buenos Aires to reassure his clients after the disappearance of his partner who was dealing with their accounts. His meetings, conversations and deals are discreet in the typical Swiss way. He takes his wife also for the trip and includes her in his social interactions so that she can interact with the Argentine women and give feedback on the inner details of the families. The banker and his wife navigate carefully between the Argentines expressing frustrations with the excesses of military dictatorship as well as those defending the regime publicly.

All the actions take place in Buenos Aires, the elegant city of cafes, bars, clubs, gardens, parks and mansions. The Swiss banker is invited to the Circulo de Armas, an exclusive club of oligarchs with its own quaint protocols and secret dealings between members which include oligarchs and military officials and even the upper echelons of the clergy. An Argentine priest with ill gotten money meets the Swiss Banker and seeks his help for investment of his money in foreign exchange and stock trading. The banker is invited to the country house of a client, who shows off his wealth but is depressed since his leftist daughter has been made to ‘disappear’ by the military dictatorship. The banker is given entry into the gentlemen-only private box of a client at the San Isidro Race Club. The Swiss ambassador in Buenos Aires facilitates the work of his country’s bankers by introducing them to the city’s elite through parties and receptions. 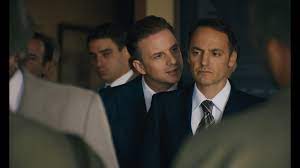 The Argentines remind the Swiss banker that Geneva was the favourite city of Jorge Luis Borges, the famous Argentine writer. Borges had studied in College de Geneva and dedicated his final work “Conspirators” to the city of Geneva. Borges spent his final years in Geneva where he died. It is a pity that Borges missed his Nobel Prize since he was seen as a supporter of the Argentine military dictatorship.

The film, released in March 2021, is not sensational or packed with action. It is slow and subtle. But it is filled with suspense, tension and mystery arising from the terrible time of the military dictatorship of the late seventies and early eighties. It lets the viewers to draw their own conclusions about the way Argentina and Switzerland have found their current destinies with their contrasting cultural traits. The director of the film Andreas Fontana is a Swiss who had lived in Buenos Aires. He has succeeded in painting a portrait of the colorful Argentine character using a simple Swiss brush.