The prize celebrates non-fiction literature on modern and contemporary India 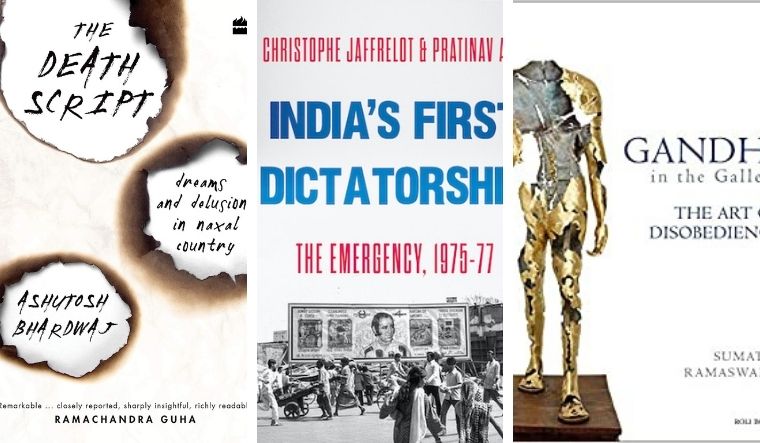 The New India Foundation, on Wednesday, announced the books on the shortlist for the fourth edition of the Kamaladevi Chattopadhyay NIF Book Prize.

The Kamaladevi Chattopadhyay NIF Book Prize celebrates non-fiction literature on modern and contemporary India from writers of all nationalities. Instituted in 2018, the prize carries a cash award of Rs 15 lakhs and a citation.

This year’s longlist of 12 books covered a variety of themes and subjects showcasing some of the finest non-fiction writing about the world’s largest democracy.

The six books on the shortlist comprise creative and conscious insights into the history of India as it has emerged today: its diversity, difference, heterogeneity, and the very idea of the nation-state itself. Each of these books offers a valuable understanding of the country’s complex past through the lens of the present moment in potentially opening up avenues to address the future, the foundation said in a statement.

The six books shortlisted are:

The Death Script: Dreams and Delusions in Naxal Country by Ashutosh Bhardwaj (Fourth Estate, HarperCollins Publishers): A searing and stunningly crafted narrative based on the author’s reportage from India’s so-called ‘red corridor’. All sides in the conflict find voice in Bharadwaj’s sensitive treatment, offering poignant reflections on the human predicament in a danger zone: fear and love, betrayal and violence, and above all the yearning for justice.

India’s First Dictatorship: The Emergency, 1975-77 by Christophe Jaffrelot & Pratinav Anil (HarperCollins Publishers): A masterful study of Indira Gandhi’s Emergency, and her son Sanjay’s role in it. This is a comprehensive and deeply researched book on a dark period of our history, in which democracy was suspended and a constitutional dictatorship was instituted, with little popular resistance.

Naoroji: Pioneer of Indian Nationalism by Dinyar Patel (Harvard University Press): An outstanding biography of Dadabhai Naoroji that illuminates his life and work – from his pioneering critique of imperialism to his engagement in British parliamentary politics, from his building of political alliances in Europe and America to his eventual declaration of self-rule as the only way forward for India.

Gandhi in the Gallery: The Art of Disobedience by Sumathi Ramaswamy (Roli Books): A handsome, beautifully illustrated volume that explores how and why Mahatma Gandhi came to be the muse of several modern Indian artists who, by making him visually familiar through their art, have become Gandhi’s conscience-keepers in the present.

The Coolie’s Great War: Indian Labour in a Global Conflict 1914-1921 by Radhika Singha (HarperCollins Publishers): A pioneering history of the 550,000 non-combatants in the Indian Army who participated in the First World War as menial labour – porters, construction workers, cooks and water carriers – and on whose largely invisible labour the war effort of the British Empire depended so greatly.

Jugalbandi: The BJP Before Modi by Vinay Sitapati (Penguin Random House): An

engaging account of the six decades long friendship between Atal Behari Vajpayee and Lal Krishna Advani, and how their partnership and ideological unity forged the original success of the Bharatiya Janata Party.