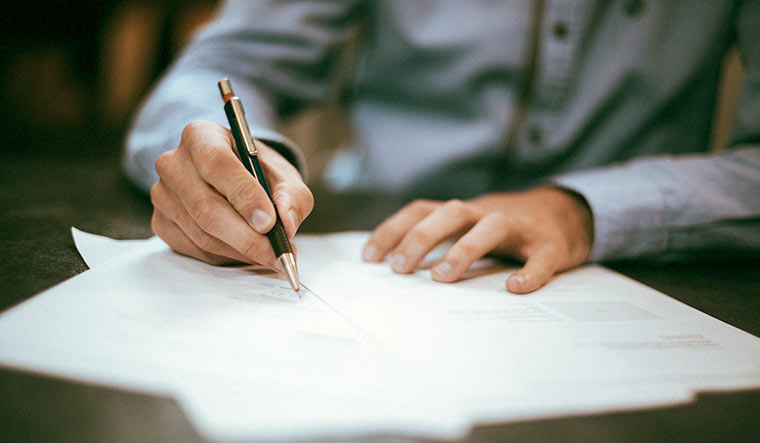 From snail mail to social media, pen-pals never really went out of fashion. And there are all kinds of pen pals writing to each other across islands and oceans. In the US, there's something called Meet-an-inmate.com, among several such websites, where incarcerated men and women seek out pen pals from the outside world to exchange letters and form friendships that help ease loneliness behind bars. But for this story, we will stick to literary or cultural pen pals.

As part of Long Weekend of LiteratureS from October 22-23, organised by the European Union Delegation Office, a Europe-India PEN-PAL Network will allow registered participants to make friends with and interact with people from different cultures.

The Long Night of LiteratureS this year will be held in a digital avatar. Scheduled from 22nd October–23rd October 2021 from 3:00 PM-9:00 PM (IST; both days) the festival will bring together authors from 11 European countries and India. It will feature panel discussions, quizzes, and audience interaction sessions focused on themes of diversity and belonging.

But the festival is also seeding a long-term pen pal project. "We've been craving social interaction, exposure to new cultures and people for the past 18 months. But there is now a unique opportunity to make friends with and interact with people from different cultures. We are seeing a pen-pal network between Europe and India," says Lasya Nadimpally, partnerships and community manager at Belongg, one of the festival organizers. "Maybe you could learn something about a place you really want to visit, or exchange recipes, or make a new tune with a friend, or learn a new language. Who knows?" says Nadimpally.

The registration for the network will continue beyond the festival and registered participants from both India and the EU countries will be patched via email after vetting mutual tastes, interests and preferences. After the introductory mail, matched pairs can continue their correspondence. Matches will be drawn from two distinct cultural databases comprising of filled-in forms by participants. But they won't be matched according to their age or gender in a cultural exchange program, says Nadimpally.

"Personally if you ask me, I would love to make a friend with say a-70-year-old Portuguese uncle and just talk about their life and how it's going there. We don't match interests like the dating site," she says. The idea is to make and retain a friend beyond a standalone literature festival, adds Nadimpally.

The pen pal registration can be done on https://vhjpshv4.paperform.co/