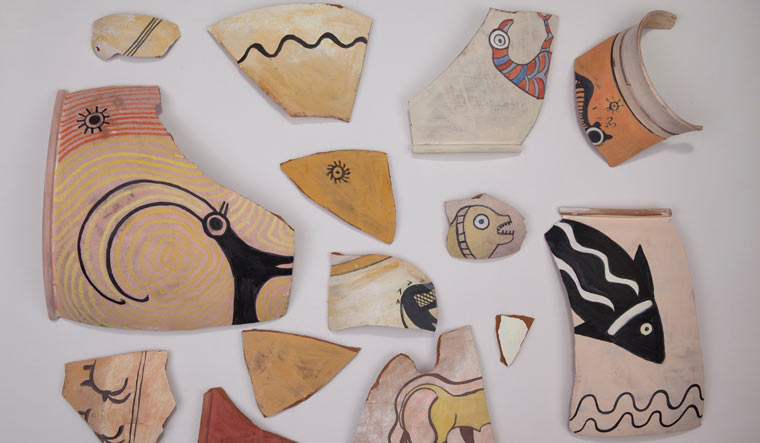 A project by Pallavi Arora and Shirley Bhatnagar for Creation Re-creation, SA Virtual

The COVID-19 pandemic has upended the arts calendar of 2020, with most annual, biennials, festivals and exhibitions scrapped or postponed for the year. The annual December fixture in Goa, Serendipity Arts Festival, has migrated online with a novel digital incarnation called SA Virtual. From December 4, SA Virtual will host two weeks of programming through a specially designed website, serendipityartsvirtual.com, which will offer free access for all upon registering.

SA Virtual is part of Serendipity Arts Foundation’s expansion into digital world in the year 2020, at a time of stringent advisories on travel and gatherings, apart from acknowledging the emergence of the internet as a platform for forging artistic collaborations more meaningfully. The foundation has already launched a number of digital initiatives, like SAF x You, the How to…Series, and the Memory Capsule Project. But the programming for the digital edition of one of India's premier arts extravaganza is set to encourage newer thinking and possibilities for how art is created and experienced in the future.

SA Virtual will feature curated projects for and on the internet, apart from performances, workshops, talks and discourses. Some of the curators and artists for the digital arts festival include Amitesh Grover, Anmol Vellani, Anuja Ghosalkar, Kai Tuchmann, Kristine Michael, Chandrika Grover Ralleigh, Mandeep Raikhy, Siddhant Shah, among others.

One of the highlights include My story | Your story | Our story, curated by thespian Anmol Vellani. The project will have two performances—in live and recorded medium respectively, and an unfinished story. Another, The Last Poet, is being curated by Amitesh Grover, as a multilayered artform with theatre, film, sound art, creative coding, digital scenography, and live performance—to be navigated by visitors as rooms and doors leading to experiences. Meanwhile, Mandeep Raikhy’s The Body-in-Movement is imagined as an interconnected web of thinking, seeing, making and writing, allowing a group of artists from across disciplines to think through what it means to move/create/perform in current political climate and what the digital space has to offer to the emergent discourse of the body.

Says Sunil Kant Munjal, founder-patron of Serendipity Arts Foundation, on the idea behind SA Virtual, “Historically, the arts have survived perilous times and emerged stronger because of an innate ability to adapt, acclimatise and evolve. Over the last few months, the internet surge has catalyzed this evolution. Through SA Virtual, we have tried to draw attention to the limitless possibilities that arts as a practice and the internet as a medium can offer each other."

The programmes also feature Vertigo Dance Company’s performance One, One & One, choreographed by Israeli artist Noa Wertheim and a dance workshop, supported by the Embassy of Israel in India. A performance of Introducing... Antigone, Interrupted by Scottish Dance Theatre, is another unique virtual offering in the performance arts space and will be presented with support from British Council, India. Other satellite programmes include craft artisan workshops including Phad, Madhubani and Gond paintings, guided drawings, kite making, scroll painting, sanjhi paper cutting, recipes from Goan restaurants, among others.