'Indians have no regard for history,' says historian Vikram Sampath

Sampath was at the recently-concluded Kerala Literature Festival in Kozhikode 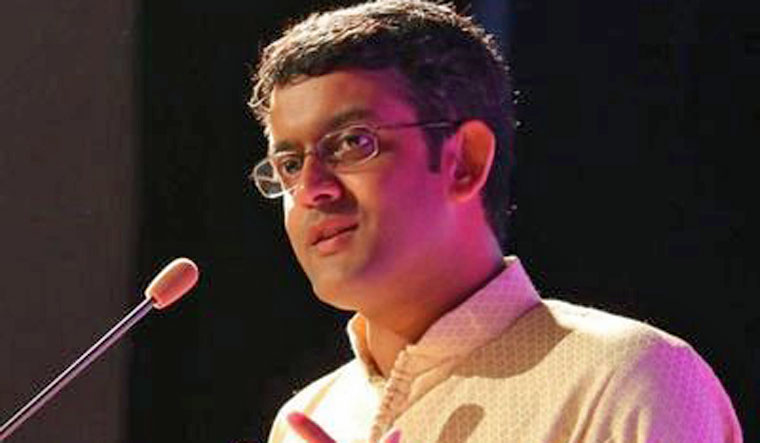 It is not easy to be a historian in this day and age, said Vikram Sampath, a Bengaluru based historian and writer. ‘’You can't write an objective biography of an Ambedkar today because he is appropriated by one community. So is the case with Tipu Sultan and Shivaji. The vote bank has appropriated each of them. In colonial India, our historians could write unbiased history but in Independent India, it's not possible.''

Sampath was speaking at the recently concluded Kerala Literature Festival in Calicut.

The politics of history has always intrigued him. “Large parts of India don’t even find a mention in our history. It’s so Delhi centric. We don’t even know about the Ahom dynasty that ruled Assam and part of Myanmar for 600 plus years,’’ he said. In the 2,000 years of Indian History, very little has been written about South India as well, he added. “Nuanced history is something that is lacking today. You are pigeon-holed and boxed into some ideological bucket all the time. You are called upon to take positions and a label is put on you.’’

Sampath feels that as a country, we have no regard for history. “We let monuments crumble. We have no respect for documentation. We take characters of the past so much into our heart—why can’t we allow Baji Rao to be a normal human being who also has an affair with a woman? Why do they have to be holier than thou who cannot have any human vices?’’ he asked.

What’s more worrying is that there is a conscious attempt to whitewash certain darker aspects of our history. “If you deny the existence of certain problems, that becomes a problem. It then becomes about waiting for some other politician to exploit that and the wounds burst open. This is exactly what is happening in our country,’’ he said.

Sampath believes that an important part of constructing a biography in the Indian context is also to look at the folk narratives. His book, 'My Name Is Gauhar Jann: The Life and Times of a Musician' tells the story of Gauhar Jann, India's first record artist who recorded music on a 78 rpm record. Gauhar Jaan was born in Azamgarh, to a British grandfather and Hindu grandmother was baptized in Allahabad. When recording technology came from London in early 20th century, she charged Rs 3000 per session. “During the course of writing this fascinating story, I would feel like I was looking for a needle in a haystack. There was nothing to fall back on,’’ rued Sampath. Then he interviewed some musicians. ‘’One of the most repeated tales was that Gauhar Jaan was so fair that when she chewed betel, you could see the red juice go down her throat, almost making her seem like a water lizard.’’ Gauhar Jaan was the first superstar of the country. “She would throw parties for 10,000 when her cat gave birth to kittens. She would pay 1,000 Rs fine every day to the Viceroy to get around Calcutta in a four-horse drawn carriage. Nearly all men she fell in love with cheated her,’’ recalled Sampath who included those pieces of information to flesh out his work.

The gramophone girl died in anonymity in Mysore in the court of King Krishna Raja Wadiyar IV at the age of 60.

Sampath’s journey as a historian has been quite eventful. He started with a biography of the Mysore Royal family titled ‘Splendours of Royal Mysore: The Untold Story of Wodeyars'. There is a section on Tipu Sultan in the book which ruffled a few feathers, leading to protests and burning of effigies. His books ‘Voice of the Veena, S. Balachander: A Biography ’ and ‘Savarkar: Echoes from a Forgotten Past’ have been widely acclaimed.

Wring a biography is like a love affair, he said. “The biographer and the subject share a unique relationship. Just like it happens in a love affair, you chase him. You get to know a lot more about your subject. And in the final stage, after investing yourself so much into a subject, you have to cut yourself off emotionally. Having that emotional disconnect with the person you love is going to be very difficult. I think that is the most difficult task for any biographer,’’ said Sampath, a BITS Pilani alumnus.