'Changeloomers’, a project supported by UNICEF, is into its fifth edition 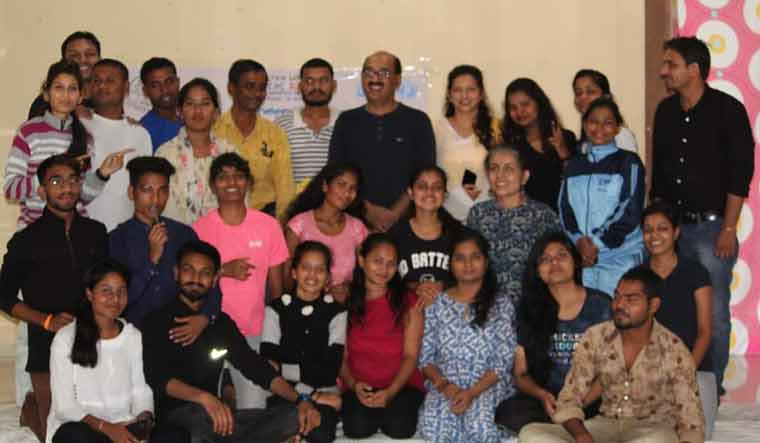 They are from rural areas of Madhya Pradesh and underprivileged in certain ways. But these 24 youngsters from Harda and Khandwa districts have dreams not only to make the world a better place for themselves but also for the next generation.

To turn these dreams into reality, they have set upon with different projects for development of children under an umbrella project called ‘Changeloomers’. This project of NGO Synergy Sansthan, supported by UNICEF, is into its fifth edition. The youth, aged between 19 and 30 years, will work in pairs for issues like sanitation, education, menstrual hygiene, sports, girls’ safety, disability and gender discrimination.

Most of these youth are from rural or semi-urban areas and economically constrained families and represent different sections of society like SC/ST and religious minorities. The idea of the project is not only to enthuse and promote children by providing them enabling atmosphere and making them aware of their rights, but also to reach out to communities and even people who make decisions for them, Vimal Jat of Synergy Sansthan told THE WEEK. Also the youth themselves are expected to nurture their own career path through these projects so that they can continue working in the area of their choice, Jat said.

Depending on their talents, these youngsters have decided to use various art and literary forms like music, art, dance and drama, sports, writing and others for their projects, he added. A five-day learning and development workshop was conducted at Mandu from August 8 to 11 to orient and train the youth to work effectively on the projects.

The latest batch of 'Changeloomers' has selected interesting projects. For example, Deepika Gurjara, 22 and Sanskriti, 24, of Harda have decided to form a ‘Red Army’ that will create awareness on menstrual hygiene among adolescent girls in Timarni. They will target not only the girls, but also their parents and teachers and even boys in the community so as to remove the myths and bad practices associated with menstruation.

Akansh, an engineering diploma holder with interest in martial arts, and Neha, a Karate champion—both from Khandwa—have decided to form a mini sports academy in their area, where they were impart self defence training to both girls and boys. “We will train the boys, too, so that they can take initiative to save girls caught in bad situation and develop the sensitivity towards the issue of violence against women,” Neha said.

Kamal and Nisha of Harda have decided to train children to express their feelings in written form—prose or poetry. “We feel children often cannot express their problems or suggestions verbally but do better in written format. We want to give them that platform,” Kamal said. There are other projects like awareness on nutrition and casteism especially for children of scheduled caste community by Ram Krishan of Harda, a concept of special library by Priyanka and Lakshmi of Khandwa to inculcate reading and creative thinking habits in children, developing understanding on gender discrimination through sports by Shweta and Pradeep of Harda and so on.

During the workshop, various experts interacted with the youngsters including UNICEF communication specialist Anil Gulati and nutrition officer Pushpa Awasthy. “This is the fifth year of 'Changeloomers' project and during the past years, the youngsters have been making a difference by taking up initiatives for children. It is great to meet the new batch of changeloomers from Harda and Khandwa who are clearly passionate about children and are ready to become a part of their development journey,” Gulati said.