India celebrated the men on the moon, from even its smallest villages 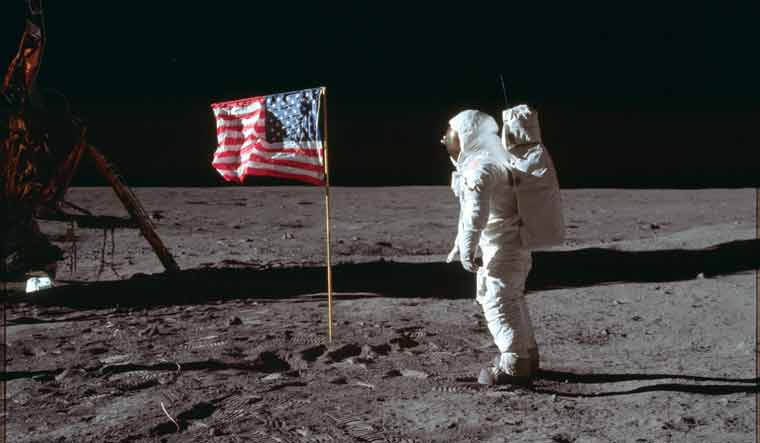 In this July 20, 1969 photo made available by NASA, astronaut Buzz Aldrin Jr. poses for a photograph beside the U.S. flag on the moon during the Apollo 11 mission| AP

50 years ago, on of July 20, 1969, 600 million people across the globe watched Neil Armstrong's earthly feet touch upon the moon’s surface. Daily life came to a standstill that day as the world watched the two Americans hoist the Star-Spangled Banner on the moon. But it was more than just an American victory. About 14,000 kms away from Houston, India celebrated the men on the moon, from even its smallest villages.

Saramma Koshy, now a 75-year-old gynaecologist was a third year MBBS student in Kerala in 1969. "There were 10 of us friends and we were sitting in an empty classroom huddled around the radio," she recounts with an excitement unharmed by the five long decades. She remembers with elation the historic line “The Eagle has landed”, said by the white man far up in the sky and fished out from the static by the group of friends in that old classroom.

Ganesan Velmurugan recalls himself—then a 24-year-old in a village in Tamil Nadu, hearing about Apollo 11 from the Ceylon Radio station. The priest in the local temple was disgruntled, he remembers, as man had apparently defiled the sacred surface of the moon. But for young Ganesan, the news brought nothing but delight. “I read that the men had brought back stones from the moon and were distributing them to different countries. I really hoped for India to get one.”

Now a linguistics professor in Hyderabad, Prof Madhavan on July 21, 1969, was a 13-year-old boy hanging outside his neighbour’s house to listen to the only radio in his village. “It happened on the 20th, but we got to know of it only on the next day, a Monday morning,” he recalls. “The 7:25 am news strip brought us the news of the moon landing. But the elders in the village never really believed it .They thought it impossible.” But Madhavan also remembers the special assembly that they had in school that day. His poetry teacher had even written a poem specially for the occasion. Can the moon still be a measure for beauty, the poem wondered, now that we know of its craters and pits?

Ten-year-old Shobana Kumari had listened with astonishment to her teacher’s excited rendition of the event. Now 60, she remembers that day when the impossible had become reality. "It is all going to change now,” the teacher had told his wide eyed students. “When you grow up, you will be visiting the moon and living on it, in the buildings and houses that man would have built on it”.

Fifty years later, the moon might not have become the tourist destination it was prophesied to be, but mankind is on its way to know more and more about its celestial neighbour. With India’s Chandrayaan 2 scheduled to be moon-bound Monday, Saramma, Ganesan, Madhavan and Shobana Kumari would all be watching. Along with a whole new generation of 10 and 13-year-olds. It seems like the poetry teacher from 50 years ago had nothing to worry about after all. Man remains enamoured by the moon, by all of it craters and all of its pits.