Noor Inayat, Indian-origin spy who could feature on Britain’s £50 note 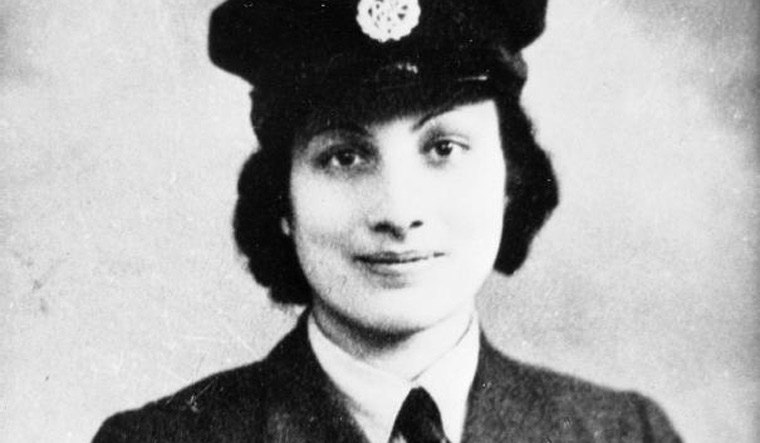 The Germans knew her as Nora Baker. The French knew her as Jeanne-Marie Renier. Britain's secret World War II organisation, Special Operations Executive, knew her as Madeleine. The world today knows her as Noor Inayat Khan—first woman wireless operator to infiltrate Nazi-occupied France in 1943. She was just 29 then, and was killed by the Gestapo (Nazi Germany's secret police force) a year later.

Noor has suddenly appeared on trending searches after Congress leader Shashi Tharoor reposted a change.org petition pushing for Noor to be featured on the new British 50-pound note. The petition, started by Zehra Zaidi from the UK, has more than 13,000 signatures already (including historian Dan Snow, and Baroness Sayeeda Warsi). According to the bio on the website, Noor was Britain’s first Muslim war heroine, and deserves recognition for her courage and bravery. She has now been added to the prospective list of faces to be added to the new note that is being designed to be released in the aftermath of Brexit. The note is set to be issued in plastic, somewhere around 2020.

Want to see an Indian woman, a war hero, on the new British £50 note? Sign this petition! https://t.co/L0JVlXQjH6.

Born to an Indian father and American mother, Noor was raised in Britain and France. Her father was the famed Inayat Khan Rehmat Khan Pathan, founder of the Sufi Order in the West. Khan was also a direct descendent of Tipu Sultan. He was known for his universal Sufi teachings of love and harmony, which undoubtedly had an influence on his children as well. Interestingly, her name of Nora Baker came from her mother, who was born Ora Ray Baker and later changed her name to Ameena Begum after converting to Islam. Her brothers Hidayat and Vilayat were also Sufi leaders and influencers.

Noor lived a peaceful life till 1939, even publishing a children’s book inspired by the Jataka Tales. It was in 1940 that, despite respecting her father’s pacifist ideas, Noor joined the fight against Nazism. In her words, ‘I wish some Indians would win high military distinction in this war. If one or two could do something in the Allied service which was very brave and which everybody admired it would help to make a bridge between the English people and the Indians.’ This rather far-sighted desire did come true for her, but she could not live to see it.

Though her superiors had a rather poor opinion of her abilities to hold up under duress, her commitment to the cause made her a natural option when female couriers began to be promoted as wireless operators. Their job would be to maintain the communications link between activities in the field and the operations centre in England. They had to carry around bulky equipment, be ready with cover stories, disguise aerials as washing lines (Raazi flashbacks, anyone?), and be under constant risk of detection. In fact, the life expectancy for radio operators in 1943 was a mere six weeks in the field.

Braving these terrible odds, Noor continued her work, refusing to abandon her post even when offered a way out. She was later captured after a betrayal, and taken to Germany. During the ten months of solitary confinement spent in shackles, reports state that she refused to betray any information to her captors, even under extreme mental devastation. Frustrated at her refusal to comply, the Germans transferred her to Dachau, where she was killed. If accounts are to be relied on, her last word was ‘Liberte’.

In April this year, reports suggested Radhika Apte will be essaying Noor in a yet untitled World War II Hollywood drama, along with Stana Katic and Sarah Megan Thomas.

Hopefully this new interest surrounding her will ensure that the name of Noor Inayat Khan soars above the footnotes of history to a more prominent position—say, on a bank note?