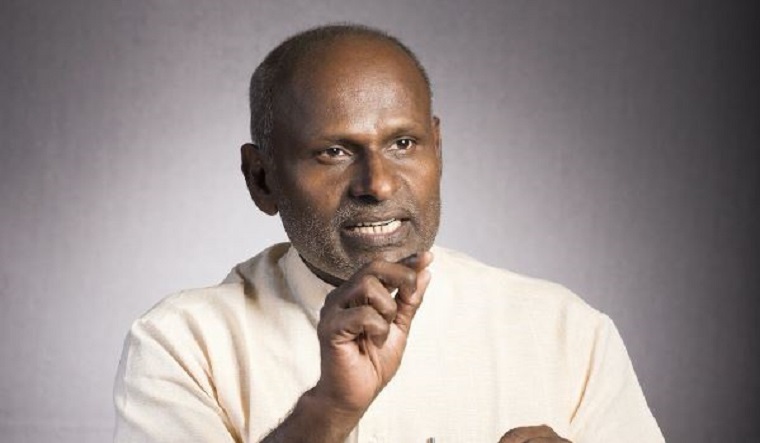 Yogi Shivan is one of the most known faces of ancient wisdom of Yoga and Ayurveda. His healing village is attracting people from various nations across the globe and the Yogi explains the importance of Indian culture to the world.

The concept of ‘Healing Village’ by you was very innovative. Could you explain more about “Indimasi” ?

Indimasi is a replica of villages which existed in ancient India-Bharat. Bharat was a combination of self-sustained villages. These villages were like a joint family who stayed together, worked together and prospered together . In these villages it was mandatory to have a dairy farm, agricultural fields, pond, amphitheatre, Kalari , traditional hospitals and temple along with a meditation centre.

By utilizing these facilities, everyone in these villages was well aware of their total well-being in physical, mental, social and spiritual planes.

If a person can explore the hidden potential of the mind, his body functions will be under his command.

Here that person’s inner self will be his own shelter. Samaveda says tat tvam asi, Your inner self is what you are looking for. India’s indigenous techniques make everybody capable of finding their own inner potential.

The name Indimasi is a combination of “INDI” from India and “ASI” from tat tvam asi and propagates the ancient wisdom of India in a modern scientific way.

We have seen many people calling you ‘The Guru of Healing’. What are the methods you adopt?

All Indian traditional contributions are from Sages who were known as Thaapasas. In Sanskrit, Thaapa means heat. Heat is the key player behind all molecular structural differences.

For example, take ice, water, and vapour. Ice is solid with certain molecular cohesiveness. If Thaapa (heat) is applied, ice will be transformed into water and with further heat application it will be transformed to vapour. If the heat is removed, the same process will be reversed. The human body’s health is based on the management of its temperature (37.3°C).

Pranayama and meditation can make a person capable of playing with the body temperature (Thaapa). The process of maintaining thaapa through meditation is called thapas. The person who does thapas is called a thaapasa.

Each one of us is having a hidden thaapasa within . Through simple and scientific practice , Indimasi guides everybody to awaken the thaapasa within. Thereby, the healing process will be happening in a natural way for that person.

Modern World is plagued by stress, depression, suicide tendencies, psychological issues. As a Spiritual leader and Yoga Guru, how would you mentor the society?

Modern world is plagued by many diseases . According to Ayurveda and Yoga, immunity of the body is maintained through five energies. They are :

These energies can be attained and harmonized through yogic disciplines or Thapas. To a person who is having the optimum level of immunity, none of these diseases are relevant. In simpler terms, when these energies are balanced, the person will be having a healthy body and mind. Such people can also play a major role in building a healthy society.

What are the new initiatives and activities of Indimasi ?

1. Train the senior citizens to deal with old age.

2. Educate everyone in the community about the possibilities of traditional science.

3. Teach about the importance of Yoga, Ayurveda and ancient science from school level.

4. Through the integration of Ayurveda, Yoga and Kalari therapy, provide everybody a disease-free and contented life.

Yoga and Wellness are growing worldwide, you also attract a lot of foreigners and people from various nations ; is this a fascination by the west for Indian Culture ?

It is not a fascination but a realization of the real benefit of Indian Traditional science. Only the Indian tradition can bring the satisfaction and peace that modern man is desperately looking for. World peace cannot be achieved through arms and ammunition. It is possible only through the virtue of individuals. Indian tradition makes love and peace possible for mankind unconditionally.