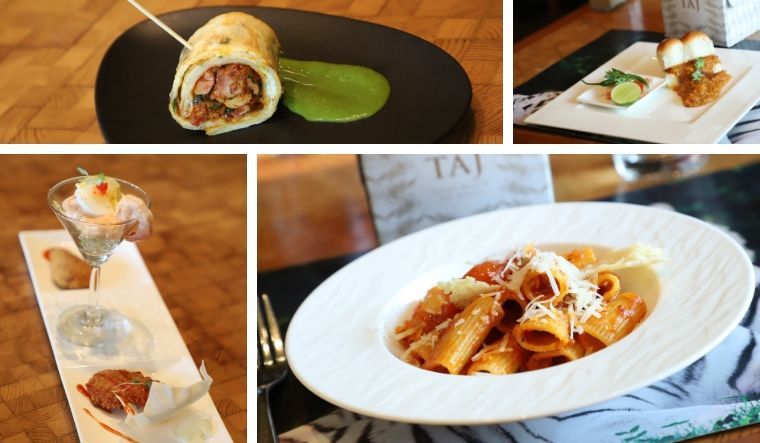 For Rs 11, you could choose between a three-tier toasted sandwich with chicken, bacon, ham and egg called Periyar club sandwich or a Hot Pepper Kumaon burger—a chunky beef burger on a sesame bun with red and green peppers. Dutch East Indies Crepe made of diced mushroom, pimento, capsicum and bean sprouts could be had for Rs 12.50 or Austrian Apple Strudel for Rs 4. This was the menu of Machan back in the late 70s when it first opened in Delhi. The yellowing leaflet of a menu from 1979 is now on display like a museum exhibit in a corner of the once famous restaurant whose kitschy wildlife interiors would be packed to the rafters.

As it prepares to go into renovation mode by end-July, it is worth a visit for old times' sake. The restaurant is pitching forward its culinary legacy before it finally re-emerges in a brand new avatar.

Machan was the capital's first 24-hour international restaurant-cafe operating out of the luxurious confines of Taj Mahal hotel on 1, Mansingh Road in Lutyens' Delhi. The name was a homage to the days when platforms were erected in jungles for princes to survey wildlife and hunt game. The decor, likewise, was meant to transport patrons to the rugged ecology of a tropical forest with big striped cats lurking in the shadows, suffused with sounds of the wild created by the famous Ananda Shankar whose music typified the fusion of the east and the west. Pictures of elegantly dressed servers pouring cona coffee, restaurant review articles, cutlery and phonograph records of the restaurant's theme music now lie huddled as reminders of a halcyon past next to a giant replica of a tiger.

Last year, after years of litigation woes for license fees, the Tata group managed to retain the Taj Mansingh property in an auction conducted by the New Delhi Municipal Council (NDMC). With refurbishments on the anvil, Machan is set to receive a new life after 40 years of service. Its resident chef, Tapash Bhattacharya, who has been with the restaurant since its inception, is serving up classics from a time when fine-dining was that rare family outing to celebrate key life events. Executive chef Arun Sundararaj and Bhattacharya, the chef manager at the restaurant for over three decades, have recreated famed delicacies that featured on Machan’s original menu for the 40th anniversary celebrations. The delectable array of dishes includes favorites such as Machan’s mutton cutlet, paloc soup, chicken montecarlo, spaghetti bella’roma, prawn Cocktail, hazratganj biryani, subz masala chawal, kathi kebab kaziranga along with desserts such as apple strudel, bull’s eye and orange flavoured cream caramel.

But if you really want a potent kick out of this culinary nostalgia trail, try their delectable pav bhaji. Yes, the humble pav bhaji at Machan is a revelation with its tart-spicy flavours coming through with every bit. The recipe is untouched from the days when bright young patrons—after a night of boozing and partying—would find comfort and refuge in the good old paw bhaji which took care of the hangover hunger pangs.