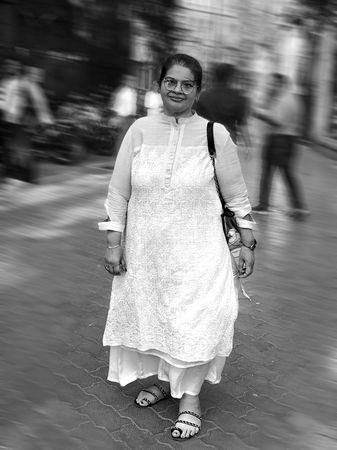 American author Lew Louderback paid scant regard to the troubles of being obese when he wrote the witheringly scornful article, in the Saturday Evening Post, called ‘More people should be fat’, in response to the discrimination against his wife in 1967. This was part of the first wave of the Fat Acceptance movement which started in the late 1960s. Lew’s rant sure did bring down fat shaming to some extent and birthed NAAFA (National Association to Advance Fat Acceptance). But, it also painted a wrong picture; that being fat is a good thing.

Even today, over 50 years after the movement first started, ‘being fat’ is still attributed to gluttony. There is always an apprehension coupled with a pint of remorse that takes over us when we are asked to step on to the weighing scale. As a matter of fact, most of us try to skip that bit. There is a huge difference between ‘I am not going to get on it’ and ‘I can’t get on it’. For 46-year-old Amita Rajani, of Mumbai, the latter was the case four years ago. 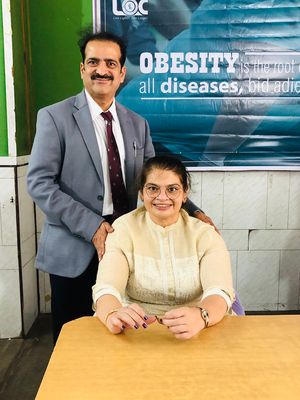 When Amita started gaining weight at the age of eight, everyone around her asked her to do everything from drinking hot water with honey on an empty stomach to consuming less food. Endless weight loss programmes, diet plans and green tea cartons did not work their magic on her. At the age of 15, when she was 128kg, her parents decided to seek help from specialists within the country and outside. “The doctors suspected a tumour in my pituitary gland in the beginning and I was taken to St Bartholomew Hospital in London for its removal. But, when I went there, the doctors said it was not a tumour but a vacuum in the pituitary region and there was nothing that they could do. My parents have since spent lakhs of rupees for my treatment and care,” says Amita.

Although Amita aspired to be a doctor, she knew that her physical condition will act as a deterrent at some point of time. But that did not stop her from going to college. By the time she completed her bachelor’s in Chemistry from Vartak College, Vasai, she was around 160kg.

“I had very supportive friends both in school and college. Usually fat children are bullied and mocked at but I did not face that problem,” she says. After college she worked with her mother for some time in their soft toys manufacturing factory until her weight issue aggravated. 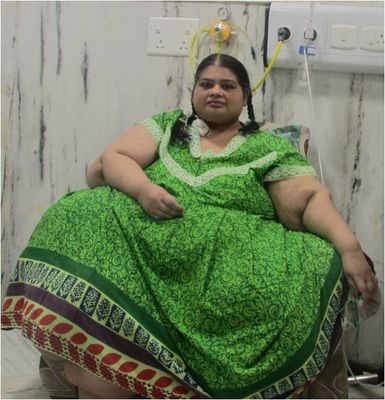 Amita when she weighed 300kg

Her weight gain graph took an exponential leap in her early adulthood years, resulting in a bouquet of lifestyle diseases. At 30, she became bedridden. “I spent my days playing video games, doing embroidery and knitting. My helpers― Meerabhai, Ranjana and Sheetal―were always there for me. Despite my bouts of anger and frustration, they patiently took care of me. Sheetal was a small girl when I first met her but she was very mature for her age. Small children usually get put off seeing me but she has always been so warm and loving. I used to have a Dairy Milk every day, despite being warned against consuming chocolates; Sheetal was my partner in crime. I used to ask her to secretly get me the chocolate and we both shared it. She is like my daughter; all three of them are family now,” says Amita.

For 12 years, Amita did not see the outside world, and she had lost every hope of seeing it as well. This was the time she got in touch with Dr Shashank Shah, bariatric surgeon and founder of LaparoObeso Centre at Lilavati Hospital and Hinduja Healthcare Surgical Hospital, Mumbai. He found that Amita’s obesity issue was a result of metabolic and hormonal imbalance. was not just diagnosed with super morbid obesity but also deranged cholesterol, kidney dysfunction, type 2 diabetes, and breathing problem.

Although Shah was optimistic about treatment, Amita was sceptical. Things got worse when her father, whom she was very close to, passed away. The loss aggravated her condition and it reached a point where she couldn’t even breathe without external oxygen supply. “My oxygen saturation level used to fall to 36-40 and my body used to turn blue. Doctors had created a mini ICU in my room for constant monitoring. I was almost in a vegetative condition for 45 days. As a last resort, I said yes to Shah’s treatment,” says Amita.

The main challenge was transportation. “We had to redo a cardiac ambulance to fit her in it. The only seating that she could be placed on was the sofa at her house. It took us around two hours and four helpers to get her onto the ambulance and another two hours to get her out of it and take her to the hospital room. She did not fit into the elevator and so we had to tie her feet together and somehow squeeze her in. It was definitely a Herculean task but I believe all of it was worth it,” says Shah.

Amita says it was a traumatic experience for her and she almost gave up at some point during the five-hour journey from Vasai to Pune. “I thought I won’t make it to the hospital and even after I was brought out of the ambulance, I didn’t think it was possible for me to get to the room,” she says.

For the first two months at the hospital, she was under constant monitoring. “It was necessary to prepare her body for surgery. We had four caregivers to check on her round the clock. She was on a strict diet, physiotherapy and breathing exercise for two months,” says Shah. So, in 2015, Amita had her first surgery sleeve gastrectomy in which the stomach was reduced to about 15 per cent of its original size. “We required extra long instrument and complex anaesthetic techniques for the surgery. Our nutritionist continued to monitor her diet for the next few months and we slowly made her start walking. From a single step to multiple steps, the journey was wonderful. She became more confident as compared to when I first met her,” he says.

Within a period of two years, Amita lost around 140kg. “Her diabetic and cholesterol issues were resolved and she also stopped depending on external oxygen supply for breathing. She started walking around and there were visible changes in her body and attitude. I saw hope and strength in her eyes,” says Shah.

A gastric bypass was conducted at the end of two years after the first surgery. This was done to increase the effectiveness of the bariatric process and bring about hormonal changes in the body. Within a period of four years, Amita lost around 214kg; she is 86kg now. “When I first met her, she was very shy and timid. But now, she has become extremely bold and independent,” says Shah.

Amita now attends classes on stock trade, which she will complete by November. “Before, I used to dread going outdoors, but now I only come home to sleep. I am reliving my teenage and early adulthood years now. The clothes that I wanted to wear, the places I wanted to visit and the things I wanted to do are not just dreams anymore.”

“I used to fancy wearing designer clothes but never did I get them in my size. I used to have a personal tailor who used to come home to take my measurements and stitch clothes. He used to keep telling my mother about my increasing size every time he took measurements. I had dreamt of a day when I would be able to walk into a store and say, ‘Can I have a smaller size?’ My wishes are coming true now. Like a small kid, I go to Snow World once every week to play! I love my life now,” she says.

According to Shah, the chance of relapse is almost null in her case. “Amita now knows how to take care of herself. There are restrictions on having a lot of deep fried food and sweets but otherwise she can lead a normal life. I believe awareness is the key when it comes to obesity. Most people fail to understand the right cause of weight gain and blame it on their diet habits. It is essential to identify and get treated at an early stage, lest it leads to other lifestyle diseases which sometimes can prove fatal.”

The loose skin after her weight loss is yet to be rectified. “Although I had some massages and vitamin tablets for the tightening of the skin, I will have to undergo cosmetic correction,” says Amita. “But, I am not looking at being beautiful; I just want to be healthy. People ask me about getting married, now that I lost weight. But I have never wanted to get married. I want to build my life and serve my mother. I also want to spread awareness about obesity and share my experience with youngsters in schools and colleges.”