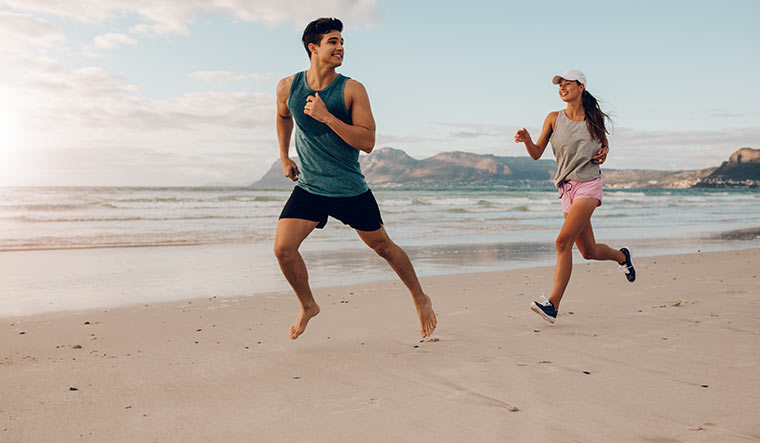 ACCORDING TO AN Australian study published in the ‌‌British‌ ‌Journal‌ ‌of‌ ‌Sports‌ ‌Medicine, running on a regular basis for as little as 50 minutes a week is associated with a significantly lower risk of death from all causes, especially cardiovascular diseases and cancer.

The researchers reviewed 14 studies involving 2,32,149 people whose health had been tracked for between 5.5 and 35 years; 25,951 participants died during the study period.

Duration, frequency and intensity did not seem to matter much. Even people who ran for less than ‌50‌ ‌minutes‌ ‌a week ‌and‌ ‌at‌ ‌a‌ ‌speed‌ ‌below‌ ‌9.7‌km ‌per ‌hour tend to live longer. The study did not find greater benefits with higher amounts of running. 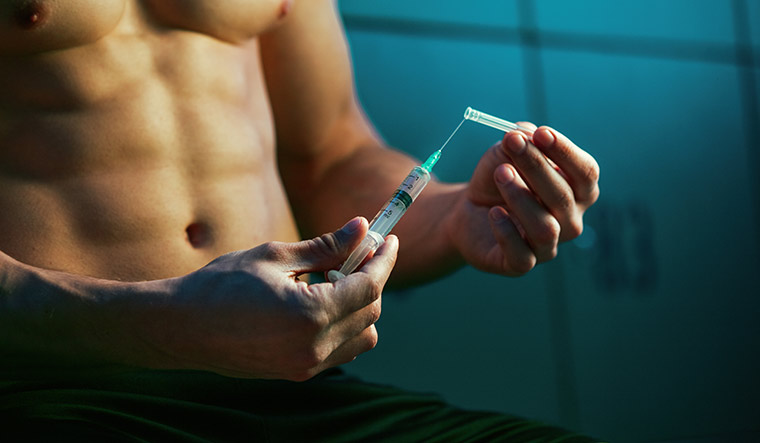 Testosterone therapy is already known to increase a man's risk of heart attack and stroke. Millions of men who do not suffer from hypogonadism (a condition in which the body does not produce enough testosterone) take testosterone supplements to combat common symptoms of ageing such as weight gain and sexual disfunction.

For the study published in JAMA Internal Medicine, the researchers analysed the use of testosterone in 39,622 men, aged 18 to 99 years, who had venous thromboembolism. Among them, 7.8 per cent had been diagnosed with hypogonadism.

Men under 65 who did not have hypogonadism had about three times greater risk compared to men 65 years and older, whose risk was only about 1.5 times greater.

CANCER PATIENTS who take herbal products such as garlic, ginger and turmeric could be doing more harm than good as these products can interfere with their treatment and affect wound healing.

Cancer patients often turn to complementary therapies even though there is no scientific evidence for their efficacy. Skin lesions that appear when the cancer has spread are often difficult to treat effectively. The pain and the smell caused by these lesions often push patients to try different herbal products and creams that can actually cause harm.

The ingredients in many of these products can delay wound healing and interfere with systemic anti-cancer treatments such as hormone therapy or chemotherapy.

Products such as garlic, ginger, ginkgo, ginseng, hawthorn, horse chestnut and turmeric can slow down blood-clotting, causing the wound to take longer to heal and cause more scarring.

The study author urges patients to try complementary therapies such as mindfulness, acupuncture, Reiki and yoga to alleviate psychological distress. The study was presented at the Advanced Breast Cancer Fifth International Consensus Conference. 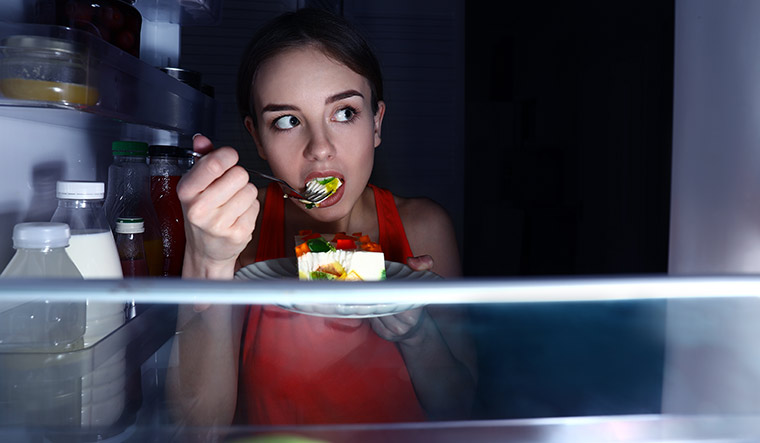 EATING LATE IN the evening is not good for women’s cardiovascular health. Women who consumed most of their daily calories later in the evening had a greater risk for cardiovascular disease, according to a study presented at the American Heart Association’s Scientific Sessions 2019.

The study included 112 women, average age 33, whose heart health was assessed at the start of the study and 12 months later.

Most women ate some food after 6pm, but those who consumed a higher proportion of their daily calories after this time had poorer heart health. They were more likely to have higher blood pressure, higher body mass index and poorer long-term control of blood sugar. Heart health deteriorated with every 1 per cent increase in calories consumed after 6pm.

A person's risk of atrial fibrillation, or irregular heart beat that can lead to stroke, heart failure and other heart related complications, increases by about 3 per cent for every one inch increase in height over the average height of 5 feet and 7 inches.

Fit to return to work?

HOW FAST A stroke survivor can walk could determine whether they are ready to go back to work, according to a study published in the journal Stroke.

About 25 per cent of patients who suffer a stroke are younger than 65 years old and about 44 per cent may not be able to return to work mostly because of walking difficulties.

The researchers compared mobility in 46 stroke survivors, aged 18 to 65, with 15 people who did not have a stroke. The participants took a walking test to see how far and how fast they could walk in three minutes.

A walking speed of more than three feet per second was identified as the threshold that predicts whether a stroke survivor can return to work. 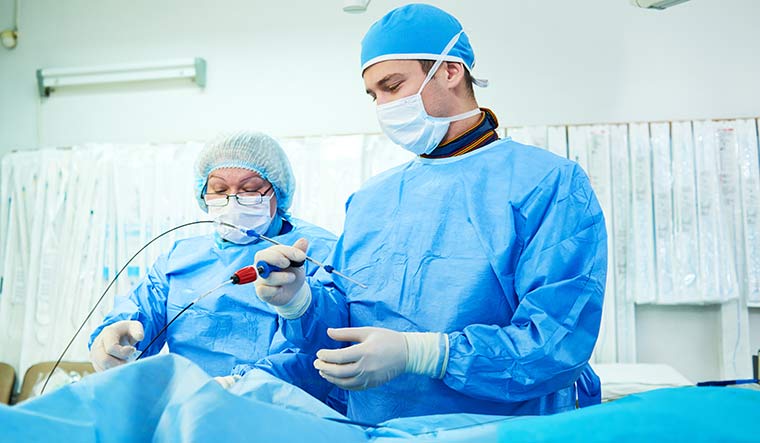 ANGIOPLASTY AND BYPASS surgery may not provide any added benefits over medications and lifestyle changes in preventing an array of major cardiovascular events in patients with severe but stable heart disease, according to the findings of a major international clinical trial presented at the American Heart Association meeting.

The trial was conducted at 320 sites in 37 countries and included 5,179 patients with moderate to severe but stable ischaemia—a condition in which blood flow to the heart is reduced due to clogged arteries. About 50 per cent of patients had severe ischaemia, 33 per cent had moderate, and 12 per cent had mild.

All the participants received medications such as aspirin, blood pressure medications and cholesterol-lowering drugs and lifestyle advice. But half were also randomly assigned to undergo either angioplasty or a bypass surgery.

Overall, the risk of major cardiovascular events like heart-related death, heart attack, hospitalisation with unstable angina (chest pain), heart failure or cardiac arrest was similar for patients in both groups. Invasive procedures were not better than conservative therapy at reducing adverse heart events.

However, invasive treatments provided better symptom relief and quality of life in patients who had severe and frequent chest pain. But they did not lower their odds of death or heart related problems.

The findings, however, do not apply to heart patients with blockages in the left main coronary artery and those suffering a heart attack. In such cases the procedures do save lives.

A NEW SUPERCOOLING technique can triple the time that donor organs can be stored before transplantation. Once removed, human livers can be currently preserved for only about nine hours—stored at 4 degrees Celsius—before the tissues become damaged, making the organ unusable for transplantation. This short time frame makes it very difficult to get the organs to compatible patients, especially if they live far away.

Organs can survive longer in freezing temperatures, but it causes ice crystals to form within the organs' cells which damages the tissues and the organ would be unviable.

The new supercooling method allows the organ to be preserved in -6 degrees Celsius without freezing and causing damage to the tissues for up to 27 hours, giving doctors and patients a much longer time to work with.

The technique was developed by scientists at Harvard Medical School and Massachusetts General Hospital. The findings are published in the journal Nature Biotechnology.

An international survey found kindness tops qualities that we look for in a life-partner. 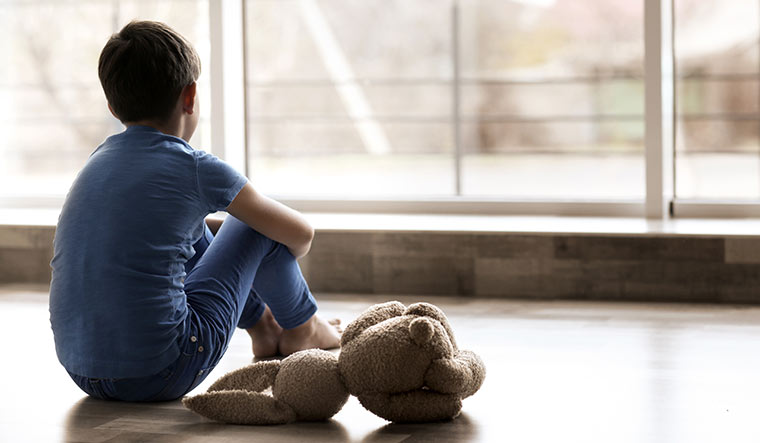 ACCORDING TO A US survey, two-thirds of parents find it difficult to distinguish between their teen’s normal mood swings and signs of depression.

The researchers surveyed 819 parents with at least one child in middle school, junior high, or high school. They found that 40 per cent of parents could not differentiate between normal ups and down and depression symptoms; 30 per cent said their kids are good at hiding feelings. Other hindrances include not talking about feelings with their kids, not spending enough time with their kids and not being aware of the signs of depression.

Since rates of teen suicide are steadily rising, it is paramount to recognise depression in youth. Parents should look out for signs of depression in kids, which include sadness, isolation, anger, irritability and acting out.

Not worth the wait 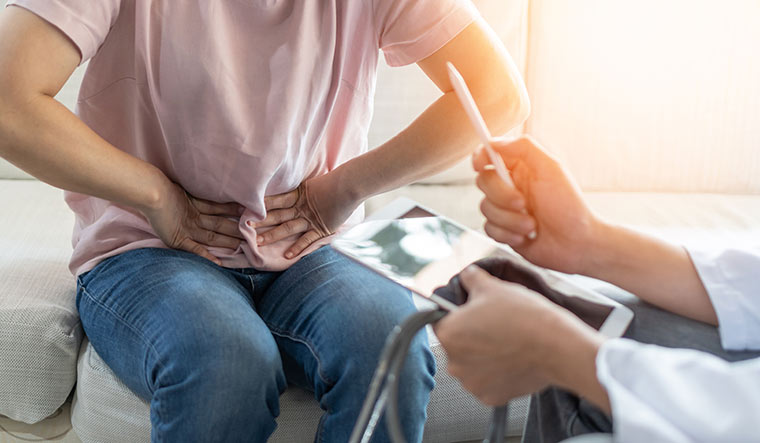 ACCORDING TO A study presented at the American College of Surgeons annual meeting, delaying a gallbladder removal operation can increase the odds of complications, longer hospital stays and hospital readmissions.

Gallstones that form in the gallbladder can lead to serious inflammation and infection. The study was based on nearly 50,000 patients who had either a laparoscopy or open abdominal surgery for gall bladder attack.

Delaying the operation three days or more after admission increased the likelihood of requiring an open operation versus a laparoscopic procedure by 28 per cent.

The risk of complications also increased with delayed surgery. The risk of sepsis increased by nearly 50 per cent, venous thrombus embolism by over 80 per cent, and surgical site infection by 20 per cent when surgery was done 72 hours or more from admission compared to within 24 hours.

Listening to music can relieve the cardiac stress induced by driving in heavy traffic.

Exercise more as you grow old 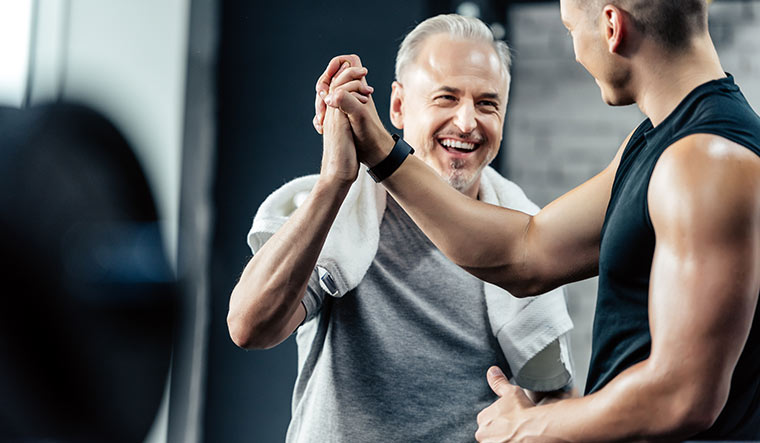 ACCORDING TO A South Korean study published in the European Heart Journal, older adults should increase or maintain their exercise levels to prevent heart disease and stroke, even if they have disabilities and chronic health conditions such as diabetes and hypertension.

The study included more than 1.1 million people aged 60 and older without cardiovascular diseases at the start of the study. Among them, 47 per cent were men. The participants had two health screenings between 2009 and 2012, and they were followed until the end of 2016.

About two-thirds of the participants were physically inactive during both screening periods. Women were more likely to be inactive.

At the same time, those who were moderately or vigorously active more than five times a week at the first screening and then became inactive had a 27 per cent increased risk of cardiovascular issues.